The wind power plants will have a total installed capacity of 231 MW. The contract, which amounts to 47 million euros, includes the construction of 3 substations and 2 evacuation lines for the wind farm plants. 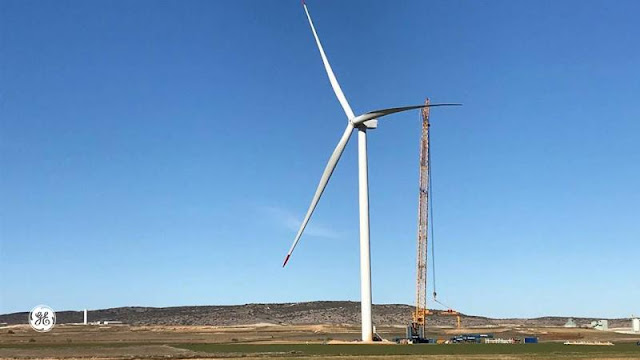 Elecnor has been awarded a contract of 47 million euros for the construction of 6 wind farms in Zaragoza. These wind farms, promoted by Forestalia, will reach 231 MW of total installed power and include the construction of 3 132/30 kV substations and 2 132 kV evacuation lines. The 6 parks are part of the Phoenix Project, in which ENGIE, Mirova and Forestalia participate. GE Renewable Energy is the technological provider of wind turbines for the wind farms, which are financed by JP Morgan, Santander Corporate & Investment Banking and Banco Sabadell.
Construction work is expected to conclude in November of this year. The Elecnor’s scope of action includes preliminary studies and works, civil works to develop wind farms, electrical works and the construction of 3 substations and two evacuation lines. The electrical energy generated by the wind turbines will be transported through an underground network of 30 kV, to the substations, which will increase the power generated from 30 kV to 132 kV.
The wind farms Monlora I, Monlora II, Monlora III, Monlora IV, Monlora V and La Sarda, which together add 61 wind turbines with a unit power of 3.83 MW, will be located in the municipalities of Sierra de Luna, Luna, Las Pedrosas and Castejón de Valdejasa, in the region of Cinco Villas, about 60 kilometers northeast of Zaragoza. The set of the 6 parks will leave 35 million euros over its three decades of useful life, both in municipal taxes and in income for land tenants.