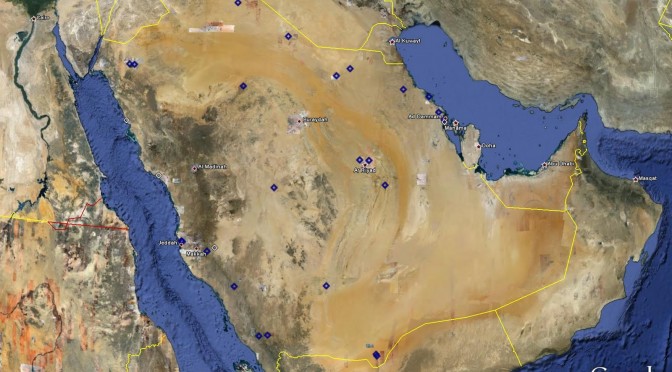 Rising energy demand and a commitment to divert hydrocarbons to processing and export has incentivised a shift toward renewables in Saudi Arabia, with the Kingdom set to become the region’s largest market for wind energy components and services.

Saudi Arabia is on track to add 6.2 GW of installed wind energy capacity over the next 10 years, according to a report issued in April by research and financial consultancy Wood Mackenzie.

As part of the rollout, which would account for 46% of all wind projects in the Middle East through to 2028, the report said it expects the Renewable Energy Project Development Office (REPDO) to tender 850 MW of wind energy projects this year, with the facilities scheduled to come on-line by 2022.

It is also expected that the authorities will increase local content requirements in the tender process, which could present investment and growth opportunities to domestic equipment and service providers.

Much of the capital for future wind energy projects is tipped to come from the Public Investment Fund (PIF), the country’s sovereign wealth fund, though the report noted that to date the agency has little expertise in renewable energy development.

In addition to bolstering wind energy, the government is investing in solar to broaden its generation base, and aims to have 58.7 GW of renewable energy capacity by 2030, 40 GW of which will be in solar.

In January REPDO announced it would issue tenders for 11 projects with a combined solar capacity of 2.2 GW this year, including a 600-MW solar park in the province of Makkah. The park will form part of a larger 2.6-GW solar complex and will be tendered via REPDO. The remaining 2 GW produced in the complex will be developed directly by the PIF and its partners.

The announcement comes after ground broke on the 300-MW Sakaka power station in November last year, the first solar project under the King Salman Renewable Energy Initiative, launched in 2016. Domestic company ACWA Power is overseeing construction of the SR1.2bn ($320m) independent power producer, which is expected to power 45,000 homes in Al Jouf when it comes on-line later this year.

The accelerated drive into renewable energy is part of the government’s broader plan to boost the economy by freeing up more hydrocarbons for export.

At present, Saudi Arabia relies largely on hydrocarbons to fuel power generation, burning up to 680,000 barrels of oil per day, which prevents the resources from being used for export or downstream processing.

To address this issue, one of the objectives set out in Saudi Arabia’s Vision 2030 – the Kingdom’s blueprint for social and economic development – is to maximise value captured from the energy sector by increasing the contribution of renewable energy to the national electricity mix. This in turn would decrease domestic consumption of hydrocarbons, freeing up more for export.

Investments in renewable energy generating capacity are therefore key to this process, particularly given the Kingdom’s rising energy demand; in 2017 energy consumption stood at 298,000 GWh, according to the General Authority for Statistics, with the government expecting this figure to treble by 2030.

This is also being supported by a 2018 government decision to raise prices of petrol and electricity, a measure that lowered petrol consumption by 8% last year compared to 2017. Khalid Al Falih, the minister of energy, industry and mineral resources, says these price reforms, combined with the inclusion of more renewables, should see domestic hydrocarbons energy consumption fall by 1.5-2m barrels of oil equivalent per day by 2030.

While looking to reduce the power sector’s reliance on fossil fuels, Vision 2030 also sees the move into renewable energy as a driving force for developing domestic industrial capacity.

The plan has identified growth opportunities in the localisation of the renewable energy value chain, particularly in the research, development and manufacturing segments of the sector.

Supporting efforts to expand components production is the ready availability of raw and semi-processed materials such as silica and petrochemicals that can be used in the manufacture of solar cells and polymers for wind turbine components.

The strategy also flagged a greater role for the private sector in the power industry, proposing public-private partnerships in renewables and measures to improve competitiveness for service providers through the liberalisation of the fuel market.

Plans to foster renewable capacity and strengthen the value-added chain in the energy sector will not only reduce hydrocarbons consumption and enhance manufacturing capabilities, but also develop local knowledge and the skills base in the technology-reliant industry. Such a development would build a stronger and more specialised workforce, which would in turn attract more investment and growth opportunities.
Oxford Business Group