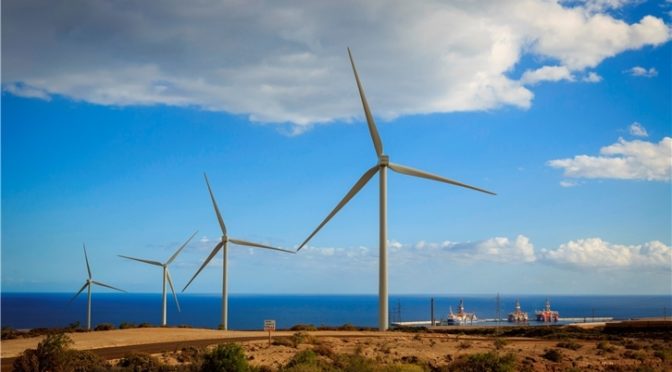 The European Court of Justice has decided in a landmark decision that feed-in tariffs as provided by the German renewable energy law EEG do not constitute state aid or, in other words, subsidies. The Court ruled: “According to the Court of Justice, the General Court was wrong to find that the funds generated by the EEG surcharge constituted State resources. It follows that a factor required in order to classify as ‘aid’ advantages resulting from the mechanisms established by the EEG 2012 is lacking.”

With this verdict which is actually re-confirming a decision made in 2001 the Court has made clear that governments are free in choosing effective support schemes like Germany had introduced and successfully implemented over many years. With the adoption of the renewable energy law EEG in the year 2000, the German parliament had laid the basis for an unprecedented boom in renewable energy, which went hand in hand with decreasing cost of wind, solar and other renewable energy technologies so that they are today cost-competitive internationally even without taking into consideration external cost of fossil or nuclear energy such as caused by climate change, air pollution or nuclear accidents.

More than 50 countries across the globe followed the German example and introduced similar feed-in tariff legislation which guarantees by law to the investor the remuneration of the produced electricity at a price fixed over a defined period of time. This allowed a very broad variety of investors, in particular citizens, small and medium sized enterprises and communities to participate in the market and invest in renewables, hence driving the market through innovation and bringing prices down.

The great success of this legislation resulted in pressure from the conventional energy sector which pushed governments and eventually the European Commission to abolish it. Following this influence and based on wrong legal assumptions, the European Commission put pressure on Germany and other governments to wrongly notify feed-in legislation as state aid. Subsequently, Germany and many other states abolished the very effective feed-in legislation and substituted it with a system of auctions which is lacking in delivering in terms of quantity and also in terms of efficiency and which fails in offering same participatory opportunities for smaller investors like citizens, SMEs and community groups. The decision by the Court reveals now that there has been no legal basis for such fundamental switch which puts the successful transition towards a renewable energy based economy at risk.

Before this background, the decision by the European Court of Justice has implications far beyond Germany as many other European and non-European states had followed most recently again the German example and abolished their feed-in legislation. The decision comes at a critical moment and should make governments in Europe and around the world re-consider their decisions on how to encourage renewable energy investment.

Stefan Gsänger, WWEA Secretary General: “Legislation related to renewable energy should be based on the successful principles which are well known, including feed-in tariffs which allow for a broad, non-discriminatory participation of all potential investors. Considering the huge amount of investment that is required to shift the world’s energy supply away from fossil and nuclear resources towards a full renewable energy supply, it is of utmost importance that investment is in the hands of as many citizens as possible. New regulatory frameworks which aim at supporting integrated approaches should also take broad participation and broad distribution of benefits as a basis. Any bureaucratic hurdles such as those set up by the currently often used auction systems have to be avoided as they do not deliver what is urgently needed: they do not accelerate renewables deployment but they lead to delay, exclude major parts of society and increase cost for our countries.”

The decision by the European Court of Justice can be found here: https://curia.europa.eu/jcms/upload/docs/application/pdf/2019-03/cp190044en.pdf