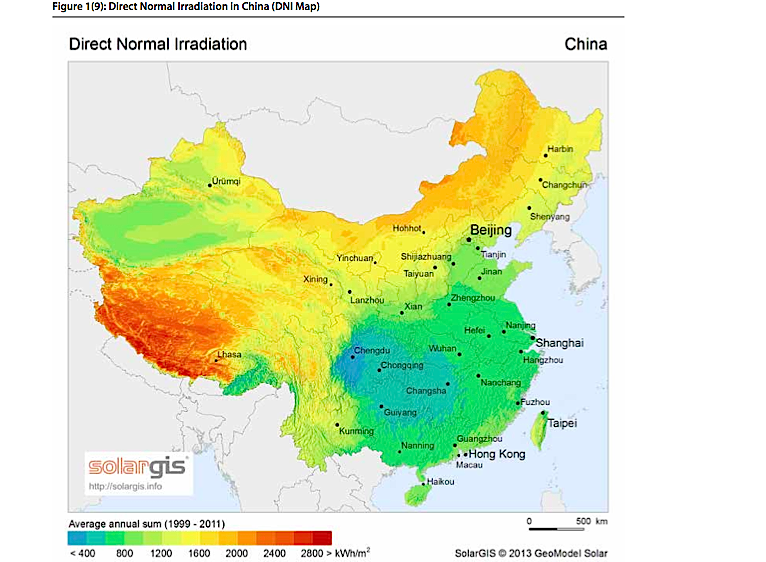 Those regions are armed with well-developed situation and great government support. As the chart below shows, the planned CSP installed capacity of the pilot regions has reached 9.6 GW by 2020, 15GW by 2025, and 67.6GW by 2030.

As one of China key CSP project construction cities, Hami planned to achieve 1.5GW CSP installed capacity in the 13th Five-year (by 2020) and 20GW in the 15th Five-year (2030). As Hami government told to CSP Focus, Hami government has already selected and approved 19 CSP projects with total capacity of 2GW. Of all the 2 GW CSP capacity, 1.3 GW take tower technology, 600 MW parabolic trough, and 100 MW Fresnel.

Moreover, CSP Focus have been collecting the information of CSP projects in planning and development in China. Below is the chart list describing 24 projects with total capacity of 3,050 MW which have been progressed faster with the feasibility study finished during in the past three years, and they are expected to be included in the 2nd batch of China CSP demonstration projects in the future. 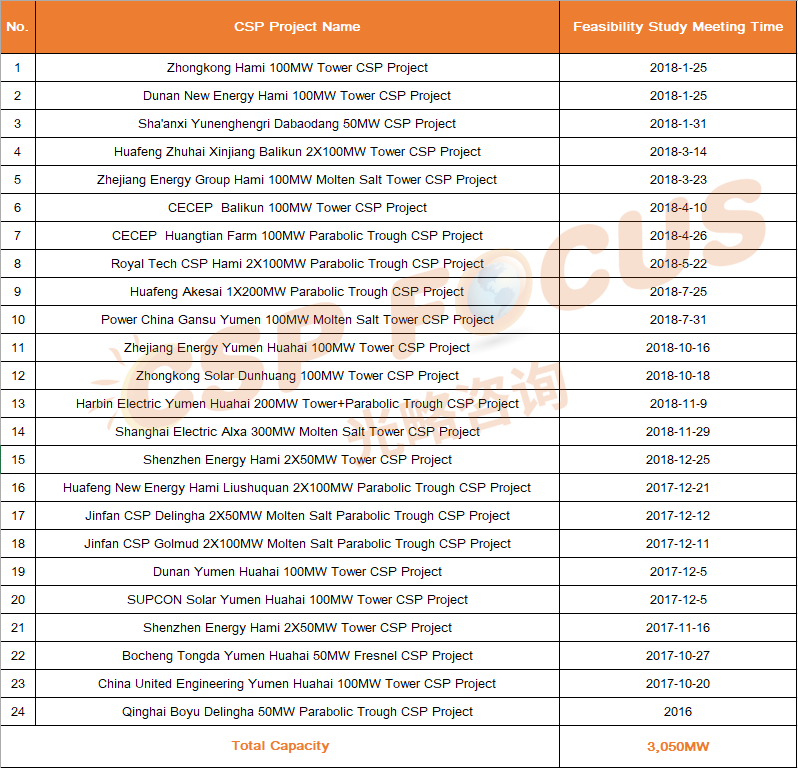 To get the detailed information on the above-mentioned CSP projects under planning and devleopment, you may download and read:

If you would like to get known of the most fresh information and look for customers and partners in China, you are much welcome to join the upcoming 9th Annual CSP Focus China Conference & Exhibition on Mar.21-22 in Beijing, China

Click now to get brochure of CSP Focus China 2019