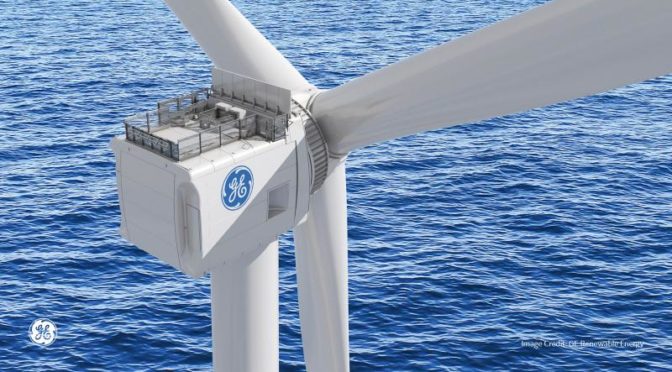 GE Renewable Energy and Future Wind (a Joint Venture between Pondera Development and SIF Holding Netherlands) announced today that they have signed an agreement to install the first Haliade-X 12 MW wind turbine prototype in Maasvlakte-Rotterdam (NL) during summer 2019. The deal includes five years of testing and a 15-year full service Operation and Maintenance agreement. 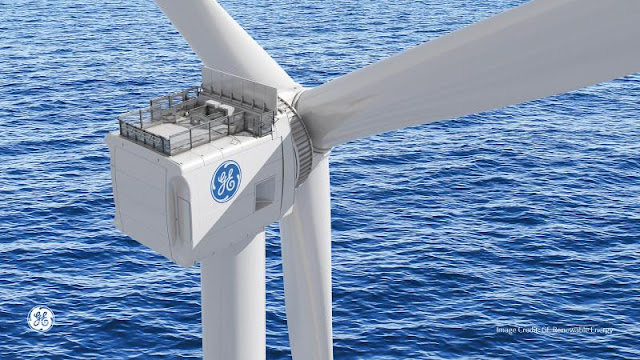 This Haliade-X 12 MW prototype will be installed onshore to facilitate access for testing. During the initial period of operations, it will allow GE Renewable Energy to collect data needed to obtain a Type Certificate, a key step in commercializing the product in 2021.

Allard Castelein, CEO of the Port of Rotterdam said “We are proud that GE Renewable Energy and SIF are using our port as a test location to develop the most powerful offshore wind turbine in the world. It confirms the port’s reputation and validates our focus on being an attractive partner for the offshore wind industry as it drives the energy transition.”

Alderman Bonte, responsible for Rotterdam’s Energy Transition, said “In our fight against climate change we need a massive expansion of the number of windfarms at sea. We are delighted that GE has selected the Port of Rotterdam as the test location for the Haliade-X 12 MW, which is the largest wind turbine in the world and can therefore help us accelerate the clean energy transition.”

John Lavelle, VP & CEO of Offshore Wind at GE Renewable Energy said “As we rapidly progress on assembling the Haliade-X prototype, this announcement is a critical step forward for GE and our customers. The port of Rotterdam has been a real partner and provides all the necessary conditions to test the Haliade-X in the most drastic weather conditions”.

Fred van Beers, CEO of Sif Holding Netherlands mentioned “we are very pleased to install the Haliade-X 12 MW on the Sif site in Rotterdam, supporting Sif’s ambition to remain at the forefront of developments in the offshore wind industry. The project also fits Sif’s ambition to become entirely CO2 neutral as the Haliade-X 12 MW will supply carbon-free energy to the electricity grid.

Activities in Rotterdam to prepare the site for future installation have just begun. The nacelle of the Haliade-X 12MW prototype will be assembled in Saint-Nazaire (France), while the three 107 meter-long LM Wind Power blades will be manufactured in Cherbourg (France), and the tower sections will be produced in Seville (Spain). All components will be shipped to Rotterdam, where pre-assembly work and installation will take place.

This prototype in Rotterdam is part of the $400 (€320) million investment in the Haliade-X development announced by GE Renewable Energy in March 2018 to help reduce offshore wind’s cost of energy in order to make it a more competitive source of clean, renewable energy.
GE Renewable Energy is a $10 billion business with an innovative spirit and entrepreneurial mindset, bringing together one of the broadest energy products and digital services portfolios in the renewable energy industry. Combining onshore and offshore wind, blades, hydro and innovative technologies such as hybrid systems and concentrated solar power, GE Renewable Energy has installed more than 400+ gigawatts capacity globally to make the world work better and cleaner. With more than 22,000 employees present in more than 80 countries, GE Renewable Energy is working on new ways to power the world’s biggest economies and most remote communities.
Pondera Consult is a well-known Dutch renewable energy consultant. Pondera is involved in the development of almost all current and future offshore windfarms in the Dutch North Sea. Besides offshore wind projects Pondera develops onshore wind, energy storage and solar projects for numerous clients. Pondera has been actively involved in a pipeline of more than 10 GW renewable energy projects, of which 1 GW is installed to date. In some cases, through a specific Pondera Development entity, we are involved in co-developing renewable energy projects.
For further information: Ester Bierens,
Sif is a leading manufacturer of large steel tubulars, which are used as foundation components mainly for the offshore wind market. The Company manufactures customized tubular components for offshore foundations, predominantly in the greater North Sea region. Sif combines a highly automated and flexible production facility with technology leadership in rolling and welding of heavy steel plates, which is based on over 70 years of experience and innovative in-house developed techniques and processes. Sif primarily produces monopiles, transition pieces and piles that are used to anchor jacket foundations in the seabed for offshore wind turbines. It furthermore produces components for offshore steel structures as jacket legs, piles, pin piles, and pile sleeves.