Iraq is seeking to diversify its energy dependency by building large-scale solar, wind and biomass facilities within the next decade, expecting to supply more than 10 per cent of its energy needs by 2028 from sustainable resources, according to Frost & Sullivan’s energy analysis. 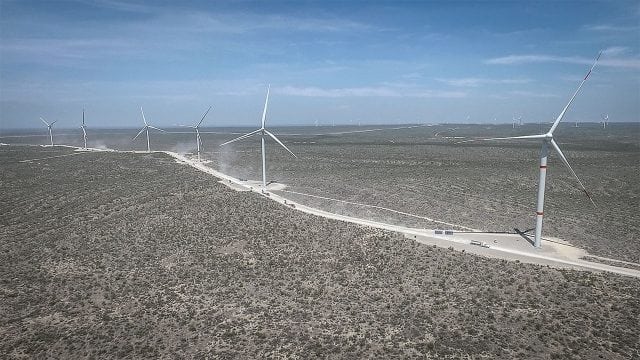 The country suffers from heavy electricity shortage due to insufficient generating capacity and constantly increasing demand which is now outpacing capacity expansion.

Power supply availability is less than 15 hours per day from the public network. This has forced Iraqi citizens to rely on private diesel generators to fill the gap. Considering the current electricity demand growth rate of six per cent, the country needs an additional capacity of 20 GW to serve the demand of more than 32.5 GW by 2028.

“To move towards a sustainable economy, Iraq’s electricity infrastructure requires significant investment in capacity expansion, efficiency improvements through retrofits and renewables-based generation capacity. There is also a pressing need to repair and upgrade transmission lines and substations, to cut down on transmission and distribution losses,” said Ali Mirmohammad, senior consultant and business development manager at Frost & Sullivan.

“This kind of electricity development programme in Iraq requires more than US$50bn of capital within 2018-2028, presenting significant opportunities for companies that supply to this industry,” he added.

With great efforts, Iraq is on the path to end the practice of flaring gas from its southern oil-producing fields and is also expected to install more gas processing facilities to not only cut gas imports but also provide more feedstock to power generation plants from 2021 onwards. The country’s renewable and energy efficiency development programmes have now received strong support from the International Renewable Energy Agency (IRENA), United Nations Development Programme (UNDP) and the Regional Centre for Renewable Energy and Energy Efficiency (RCREEE), besides the World Bank.

By 2028, Iraq is expected to have an installed capacity of more than five gigawatts of solar energy, about one gigawatt of wind Energy and around 0.2 GW of Bioenergy. This would present great opportunities for private investors and technology providers to get involved in capacity expansions, upgrades and localisations, said Mirmohammad.

Iraq is considering potentials to explore wind energy. The Kurdistan regional government (KRG) is planning to augment its much-needed electricity from wind and hydropower sources. The KRG ministry has proposed wind farm feasibility studies in all of its three northern Iraq provinces, apart from three hydropower feasibility studies. All the wind sites will be selected at Iraq’s Dohuk, Erbil and Sulaimaniya provinces.

According to the report, the use of rooftop photovoltaics (PV) in Iraq among home and shop owners has increased significantly within the past two years especially in the northern area of Iraq to smoothen power outages.

“Iraq presents a strong potential for deployment of off-grid and distributed solar PV solutions at a micro level. These solutions would present a valid replacement for the extensive deployment of diesel gensets that are currently being used all over the country,” noted Abhay Bhargava, director for industrial practice for Middle East Africa at Frost & Sullivan.