The Enel Group, through its renewable subsidiary Enel Green Power Mexico (“EGPM”), has begun the construction of the 244 MW Dolores wind farm in the municipality of China, its first project in the state of Nuevo León. 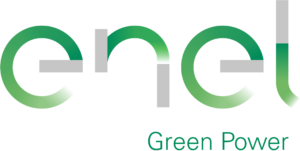 The overall investment in the construction of the facility amounts to approximately 280 million US dollars, as part of the investment outlined in Enel’s Strategic Plan. 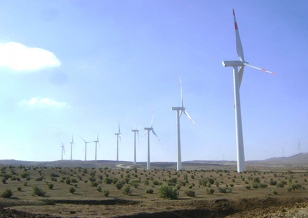 “With the start of construction of the Dolores wind farm, we are continuing to expand our presence in the country, entering for the very first time into the state of Nuevo León,” said Antonio Cammisecra, Head of Enel’s Global Renewable Energy business line, Enel Green Power. “Dolores further strengthens our strategy in the country to address growing electricity demand and sustainable development in an impactful way by developing clean technologies in a key state which boasts outstanding wind resources.”

The Dolores wind farm is scheduled to start operation in the first half of 2020. Once fully operational, the wind farm will be able to generate approximately 850 GWh per year, avoiding the annual emission of around 470,000 tons of CO2 into the atmosphere. The construction of Dolores will be based on Enel’s “Sustainable Construction Site” model, which includes the measuring of the project’s socio-environmental impact and actions aimed at incorporating the rational use of resources, such as through water management, as well as a waste recycling project repurposing the site’s wooden pallets to produce eco-friendly furniture and shipping containers to be used by the local community.

This project is supported by a contract providing for the sale to the Mexican Centre for Energy Control’s Cámara de Compensación[1] of specified volumes of energy over a 15-year period and of the related clean certificates over a 20-year period.

The Dolores facility is one of the four wind plants awarded to the Enel Group for a total capacity of 593 MW in the third long-term auction following the country’s Energy Reform. In addition to the plant in Nuevo León, the Group was awarded the Amistad II and Amistad III projects, with an installed capacity of 100 MW each, and Amistad IV, with an installed capacity of 149 MW, all located in Acuña, Coahuila. The Enel Group is the only player that has won the right to build new renewable facilities in all three long-term auctions, on the grounds of the quality, competitiveness and innovation of its proposals.

Enel Green Power Mexico is one of the largest renewable energy players in the country in terms of managed capacity. In Mexico, EGP manages 2,014 MW as of today, of which 873 MW from wind, around 1,089 MW from solar and approx. 53 MW from hydro. In addition to starting construction of the 244 MW Dolores wind farm in Nuevo Leon, Enel Green Power has started building the 100 MW Amistad II wind facility in the state of Coahuila, while in the state of Tamaulipas the company is building the 103 MW Salitrillos wind project and in the state of Tlaxcala it has begun building the 220 MW Magdalena solar plant.

Enel Green Power, the global renewable energy business line of the Enel Group, is dedicated to the development and operation of renewable energies across the world, with a presence in Europe, the Americas, Asia, Africa and Oceania. Enel Green Power is a global leader in the green energy sector with a managed capacity of around 43 GW in a generation mix that includes wind, solar, geothermal, and hydropower, and is at the forefront of integrating innovative technologies in renewable power plants.

[1] The body in charge of managing Power Purchase Agreements from the Third Long Term Auction between sellers and public/private buyers.