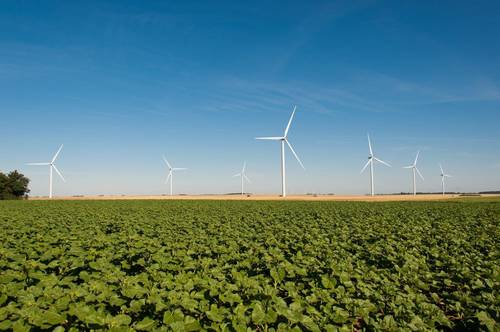 On 17 October WindEurope CEO Giles Dickson spoke at the France Energie Eolienne (FEE) conference in Paris and delivered a clear message: if France doesn’t get its house in order soon the costs of unrealised potential will be significant.

France needs to take decisive action to ensure that it doesn’t squander its major wind energy opportunities, Dickson said. The wind energy sector expects more than 80 GW of wind installations in the next five years in Europe, wind energy already provides 12% of the EU’s electricity and is on course to be Europe’s leading source of electricity well before 2030. But within France, the question of permitting remains a major stumbling block. And at a time where wind energy costs continue to fall across the continent, current regulatory barriers in France are hindering development by slowing cost reduction.

Looking at offshore, Dickson noted France was out of step with Europe. Offshore turbines are increasing in both power and sophistication, with floating offshore wind now fully beyond the R&D stage and ready to be rolled out on a massive scale. But France needs to step up its ambition if it wants to get on board with offshore wind developments: “To meet current forecasts across Europe, France needs between 1 and 2 GW of offshore wind tenders per year, over a five-year period. This can be either fixed or floating wind. The first floating wind tender is expected in 2019 and needs to amount to at least 750 MW.”

Dickson pointed to the recent boom in Corporate Renewable Power Purchase Agreements (PPAs) in Europe – another major wind energy development that France seems to be missing out on. With major PPAs being signed across the continent, Dickson urged French stakeholders to join attendees like Google, Microsoft and IKEA at the forthcoming PPA event RE-Source 2018. PPAs are transforming how corporates source their energy and can play a leading role in the decarbonisation of Europe’s energy mix.

Speaking further on decarbonisation, Dickson stressed that all EU Member States – including France – need to step up their efforts to decarbonise their energy mix. Electrification will be key to reaching France’s decarbonisation targets. Here Dickson pointed to the key findings of WindEurope’s recently published report ‘Breaking new ground’, which sets out the case for the increased electrification of Europe’s economy. It shows electricity is less than a quarter of Europe’s energy and, while Europe is doing OK getting renewables into electricity, the rest (heating, transport, industry) is still mostly powered by fossil fuels. “That’s got to change if we’re going to decarbonise the economy. Electrifying heating, transport and industry is the answer. We have the technology to do it and it’s affordable. But we also need better integration and grid investments. More system flexibility. And the increased phasing out of fossil fuels.”