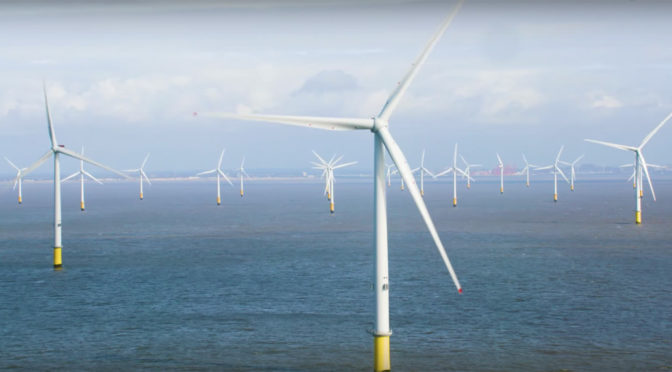 The UK’s onshore and offshore wind energy has reached significant milestone of 20 GW pushed by the opening of Orsted’s 659 MW Walney Extension off the coast of Cumbria this month, industry group RenewableUK said Monday.

The world’s largest offshore wind farm — Walney Extension — opened off the northwest coast of the UK earlier this month.

Wind is the UK’s largest source of renewable electricity, accounting for half of the 30% of power that came from renewables in 2017, RenewableUK said.

RenewableUK Executive Director Emma Pinchbeck said: “Over half of the UK’s wind energy capacity is onshore, which is the cheapest option for new power.

However, government policy preventing onshore wind from competing for new power contracts means that consumers will miss out on low-cost power that will keep bills down.”

“It was the opening of the world’s largest offshore wind farm that has taken us over the 20-GW mark. We’re confident that offshore wind alone can reach at least 30 GW by 2030 to become the backbone of a clean, reliable and affordable energy system.”