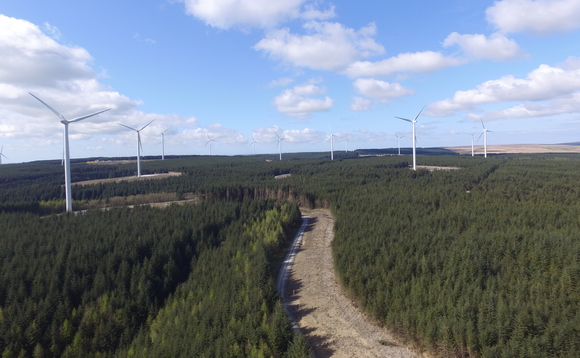 Construction of the 28-turbine project located 10 kilometres north-east of Carmarthen kicked off in November 2016 with first power in January 2018.

Innogy said it had invested almost £40m of the total £100m project cost in Wales during the 20 months of construction.

“It is our first onshore wind farm to be built in Wales for 12 years and has been built by local people using local materials wherever possible,” said Bunting.

“Over 70% of the materials for the civils works were procured from within 30km of site.”

The inauguration will also mark the official launch of the Brechfa Forest West Community Fund, which will invest over £11m into the neighbouring area over the expected 25-year operational lifetime of the wind farm.