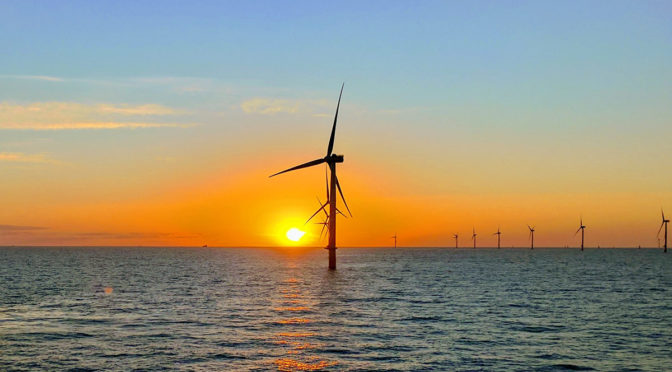 TÜV SÜD has been commissioned by E.ON Climate & Renewables to provide periodic inspection services at E.ON’s two offshore wind farms, Amrumbank West and Arkona. The two parks have 140 turbines with a combined capacity of 687 MW. Testing will be conducted in accordance with the specifications of the Federal Maritime and Hydrographic Agency of Germany (BSH).
Amrumbank West is situated around 32 kilometres north of Heligoland in the North Sea. Its 80 Siemens SWT-3.6-120 turbines deliver a total output of 302 MW, enough to cover the power consumption of 300,000 households. Arkona is approximately 35 kilometres north-east of Sassnitz, on the island of Rügen in the Baltic Sea. With 60 SWT-6.0-154 turbines, likewise from Siemens, and a total rated capacity of 385 MW, it can meet the electricity needs of 400,000 homes.
TÜV SÜD has been commissioned by E.ON Climate & Renewables to perform periodic inspections of the structural integrity of supporting structures, turbines and substations at both wind farms. “We are delighted that E.ON has placed its trust in us by awarding us this contract”, says Timo Brenneisen, Group Manager Offshore Inspection at TÜV SÜD in Hamburg. “We are thus working on behalf of the first company to operate its own wind farms in both the North Sea and the Baltic Sea.”

TÜV SÜD has long-standing experience in both the onshore and offshore wind power sectors. “We pursue an integrated approach”, explains Alexander Heitmann, Manager Offshore Wind Power at TÜV SÜD. “By offering efficient combined inspections which can be performed during turbine operation, we can help to generate further cost savings in offshore wind power and provide solution-oriented, cost-optimised support for wind farm operators without the need to compromise on safety.” Inspection services offered by TÜV SÜD include inspections in the company’s role of BSH-designated inspectors and experts, verification of correct marking of offshore turbines according to the guidelines of the German Federal Waterways and Shipping Administration (WSV), testing of equipment such as lifts, cranes, ladders and anchorage points in line with the relevant German regulations and standards, and damage analyses and expert reports.