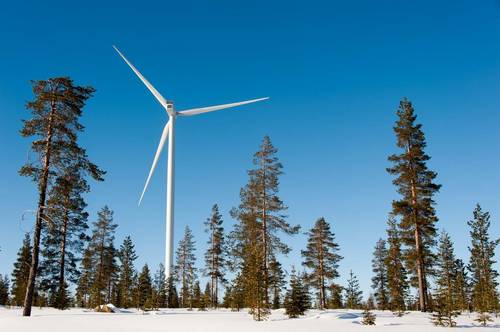 Wind power company TuuliWatti is building a five-turbine wind power park in the municipality of Ii on the Bay of Bothnia. The firm says the Viinamäki wind farm, to be completed next year, will be so profitable that no public funding will be needed to construct or operate it.

TuuliWatti has ordered large 4.2 megawatt (MW) turbines from the Danish company Vestas. The Finnish firm says this represents the largest wind power investment in the Nordic region to operate without public subsidies.

The company estimates that the windmills’ blades – which will stretch to a height of 250 metres – may be able to generate twice as much electricity production as older wind turbines. According to TuuliWatti’s calculations, that will push production costs below 30 euros per megawatt-hour.

Professor in Advanced Energy Systems at Aalto University, Peter Lund tells Yle that this would be one third lower than costs so far in Finland. If the investment in Ii pays off, he says, it could mean that wind power will become one of Finland’s big-league energy sources alongside wood-based fuel, natural gas and nuclear power.

The firm, which is co-owned by energy company St1 and retail giant S Group, now has 131 turbines, producing about a quarter of Finland’s wind-powered electricity.

It says it has invested 650 million euros in wind power in less than a decade, and now has its sights set on expanding to other Nordic countries.