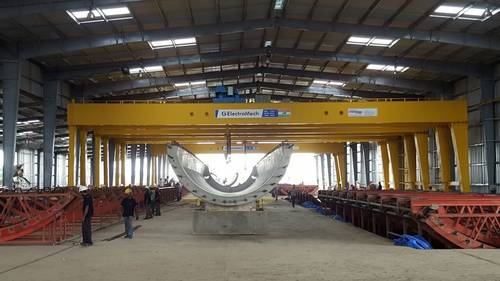 The Nordex Group has opened a plant in the North Brazilian state of Brazil Piaui for the production of concrete towers. The plant is to produce the 65 towers required for the “Lagoa do Barro” wind farm, which Nordex will be installing in the near future.

It marks one of the first major investments in this state’s wind power industry. Large parts of the plant were originally used at a former facility in the south of Brazil and transported in heavy-duty loads to Lagoa do Barro City in a good 300 trips.

With this step, Nordex is able to optimize the construction costs of the wind farm and complete construction work with minimum environmental impact. “We also wanted to ensure that the local population directly benefits from the project. Tower production alone will provide work for some 300 people,” said David Lobo, Head of Sales Brazil, who is managing the project for the Nordex Group.