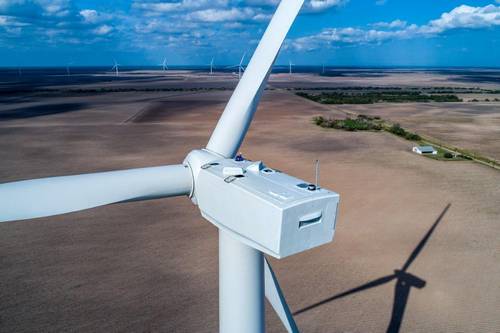 With the annual financial statements for 2017 released today, the Nordex Group (ISIN: DE000A0D6554) confirms its preliminary figures: In 2017, the Group achieved sales of EUR 3.08 billion and adjusted earnings before interest, taxes, depreciation and amortisation of EUR 242 million. This translates into an adjusted EBITDA margin of 7.9 percent, which also matched expectations. Including the non-recurring expenses in connection with the “45 by 18” cost-cutting programme, EBITDA came to EUR 200.7 million, equivalent to a margin of 6.5 percent. Against this backdrop, earnings before interest and taxes (EBIT) also declined, coming to EUR 43.4 million. In this connection, depreciation from the purchase price allocation (PPA) of EUR 61.0 million exerted pressure on earnings. Consolidated net profit for 2017 came to EUR 0.3 million.

In 2017, the Nordex Group installed 932 turbines with an output of 2.7 GW in 17 countries. The Service segment continued to grow, with sales rising by 14 percent to EUR 310.8 million, thus contributing more than ten percent to total sales. All in all, Nordex had 6,858 wind turbines with a combined capacity of 16.4 GW under management on the basis of long-term service contracts.

The Projects segment recorded new orders worth EUR 2.2 billion in 2017, down 33 percent on the previous year (EUR 3.3 billion). Roughly 90 percent of these orders came from international markets, thus reflecting the Group’s global footprint. At the end of the year, orders on hand were valued at a total of EUR 3.7 billion, including EUR 1.7 billion in turbine business and EUR 2.0 billion in service business. Turning to 2018, the Group expects order intake to be spurred by the new N149/4.0-4.5 and AW 140/3000 products which were launched in the summer 2017.

In 2017 a new auction system was established in Germany which temporarily caused considerably lower order intake. Against this background, Nordex expects 2018 to be challenging and projects consolidated sales of EUR 2.4 – 2.6 billion and an EBITDA margin of 4-5 percent. In addition, the company forecasts an improvement in its working capital ratio to less than five percent and is budgeting capital spending of around EUR 110 million. This will particularly be for product enhancements and sustained reductions in the cost of energy.

“In 2017, we systematically prepared for the challenging market environment. Our turbines produce clean electricity at substantially lower cost. This allows our customers to win auctions in all major volume and growth markets. At the same time, we are increasingly structuring our supply chain on a more global and efficient basis to meet project requirements,” says José Luis Blanco, CEO of Nordex SE.

Adds CFO Christoph Burkhard: “Our funding basis with our renewed maturity profile is in place. We have high and stable cash holdings. This year we will be particularly taking efforts to additionally improve working capital.”

Nordex has announced its annual financial statements for 2017 and its second sustainability report today. It will be reporting on its performance in the first quarter of 2018 on 15 May.