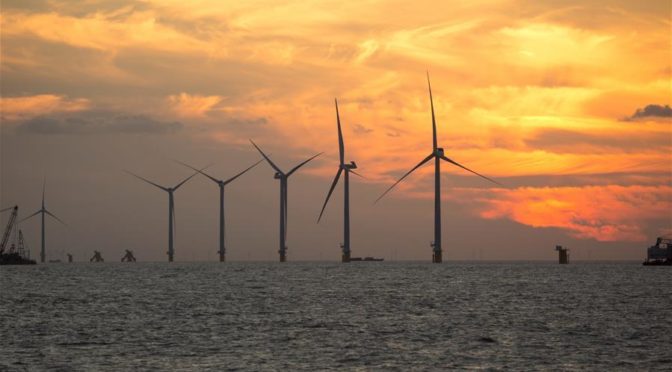 The new wind power projects off the coast of Guangdong are expected to generate a total capacity of 3.65 gigawatts (GW), Ma told local lawmakers in a report on the work of the provincial government.

The projects are part of Guangdong’s efforts to improve the energy mix for greener economic growth in the province’s coastal regions, according to Ma.

Guangdong plans to begin construction of offshore wind farms capable of generating a capacity of 12 GW by the end of 2020, according to a plan released by the province’s development and reform commission last year.

The country’s largest nuclear power operator said it would install wind turbines at two deepwater sea areas near the city of Jieyang.

The company plans to invest 5 billion yuan (785 million U.S. dollars) in the initial period, with the total investment estimated at over 100 billion yuan.