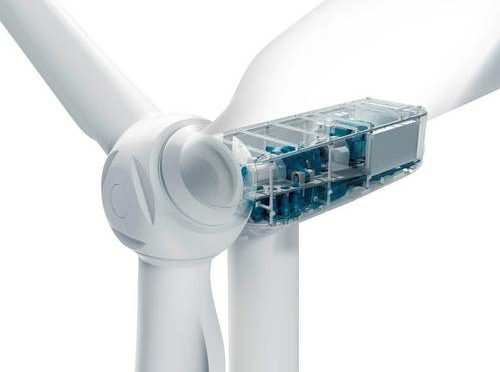 The Service division boosted its sales by 21 per cent, to EUR 227.5 million, making a substantial contribution to the business volume of the Group. In addition, the production output increased owing to short-term supply commitments. Turbine assembly performance was up by 26 per cent, to 2,452 MW; in the rotor blades segment, the number of units produced increased by 30 per cent, to 626 rotor blades. In this context, the share of production accounted for by factories catering to markets outside Europe rose substantially.

The expected development of earnings is essentially attributable to declining capacity utilisation. The personnel cost quota increased to 10.5 per cent (9M/2016: 8.7%) and the balance of other operating expenses and income in relation to total sales rose to 8.2 per cent (9M/2016: 6.8%). In contrast, the gross margin increased owing to enhanced margin quality in the Service division.

The balance sheet structure was largely unchanged and reflected a slight increase in the equity ratio of 33.7 per cent (31 December 2016: 31.4%). Net debt came to EUR 214.7 million (31 December 2016: EUR 6.1 million). In contrast, the intra-year working capital ratio improved to 8.6 per cent again despite ongoing high new wind farm installation activities.
The order intake in the third quarter fell below expectations. New business in the past nine months of 2017, at EUR 1,108 million (9M/2016: EUR 2,169 million) was down year-on-year. The main reasons for this decline included changed statutory parameters with a negative impact on project lead times and, therefore, on contract awards. This applies in particular to the public tender system that entered into force in Germany in 2017.

Nordex CEO José Luis Blanco: “We consider current negotiations with large-scale international customers quite encouraging. And we expect to see another robust final quarter.” For the 2017 financial year, Nordex expects sales slightly below EUR 3.1 billion and an EBITDA margin of 7.8 to 8.2 per cent (before one-off costs related to the “45 by 18” program). In addition, the Management Board affirms its plans to continue reducing the working capital ratio to 5 to 7 per cent by the end of the year and to raise the level of capital expenditures to EUR 150 million.

The planning parameters are not sufficiently certain at this point to allow a specific development forecast to be made for next year. Nevertheless, the Management Board is convinced that the level of demand on the European core markets will remain weak in 2018 and has decided to reduce its structural costs in the European Division by EUR 45 million. The associated job cuts are already at the preparatory stage. The company plans to rely on a socially compatible solution in this regard.

“I perceive good opportunities for our business in the medium term. For instance, our newly developed wind turbines introduced in the summer, with rotor sizes of 140 and 149 metres, have met with mounting interest from customers. In this context we relied in particular on lower costs of energy, which will be fully exploited particularly in the current environment. Against this backdrop, we also expect a renewed recovery in business activities starting in 2019,” says José Luis Blanco.