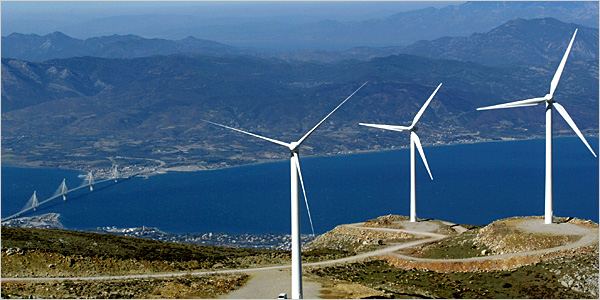 Shenhua bought 75% of the shares of four wind parks developed by Greek investment firm Copelouzos Group. The parks are either in operation or under construction, Copelouzos said in a statement.

Shenhua, which signed the agreement through its renewable-energy resources subsidiary Shenhua Renewable Co. Ltd., is the first Chinese company to invest in wind power in Greece.

The amount of the investment wasn’t disclosed. But the two sides vowed to collaborate on a number of investments in green energy and on upgrades to power plants, at a total estimated value of 3 billion euros ($3.5 billion).

The investment in the wind-power parks marks the Chinese company’s first solid project in Greece since it inked partnership with Copelouzos in May. The Greek company owns the country’s third-largest wind-power firm, Elica Group.