Microsoft Corp. has announced its second European wind project in the Netherlands with Vattenfall, one of Europe’s largest electricity and heat retail and producers. Microsoft will purchase 100 percent of the wind energy generated from a repowered and expanded wind farm that is adjacent to its local datacenter operations in the Netherlands. The 180-megawatt wind farm will be constructed and operated by Nuon, part of Vattenfall in the Wieringermeer Polder, near Amsterdam. 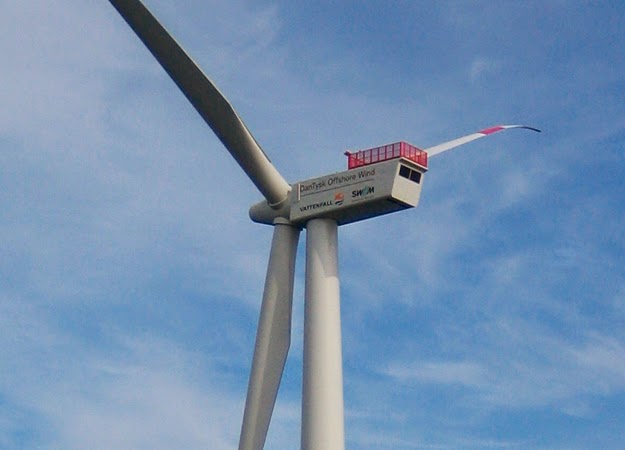 Vattenfall will begin construction of the expansion in 2018, and expects it to be operational effective 2019. Once completed, the Wieringermeer wind farm will be one of the largest onshore wind farms in the Netherlands, almost three times bigger than the Princess Alexia wind farm inaugurated in 2013.

“We are very glad and proud to be able to support Microsoft’s transition toward using fossil-free energy in its datacenter operations,” said Magnus Hall, president and CEO of Vattenfall. “This deal is completely in line with our strategy to help all our customers power their lives in ever smarter ways and free from fossil fuel within one generation.”

This wind farm will be located adjacent to Microsoft’s Netherlands datacenter operations that serves as a regional hub to deliver Microsoft Cloud services to customers across Europe, the Middle East, and Africa, as well as global customers. With the latest expansion completed in 2015, the datacenter is a technologically advanced facility built to reduce water, power and energy use.

The proximity of the wind farm to Microsoft’s datacenters in the Netherlands made it particularly attractive, as this will allow the energy generated from these turbines to directly power the datacenter with local, clean wind energy. Matching production and consumption of renewable energy so closely unlocks great transmission efficiencies.

“Investing in local clean energy to power our local datacenter is a win-win for our business and the Netherlands,” said Brian Janous, general manager of energy at Microsoft. “Microsoft is committed to bringing new renewable energy sources online to power our datacenters. By focusing on local projects, we’re able to create new economic opportunities, reduce carbon emissions and make progress on our global commitment to increase the amount of clean energy used to power the Microsoft Cloud.”

This project builds on the existing partnership between Vattenfall and Microsoft. Vattenfall relies on Microsoft Azure and other cloud-based tools to digitally transform its business operations, including renewable energy operations. Vattenfall is implementing advanced analytics powered by Azure with many new use cases, including new analytics for Vattenfall Wind.

“There’s a virtuous circle in greening the cloud enabled by this kind of deal,” Janous said. “Our powerful cloud tools help companies operate more effectively and efficiently. In the case of Vattenfall and other energy companies, this strengthens their business and creates new opportunities — and that means new opportunities for Microsoft to partner with them to buy new, clean energy to power our cloud, which then powers our customers’ cloud services.”

Nuon plans to expand the project to eventually include 100 windmills. That will allow the production of approximately 1.3 billion kWh of renewable electricity. Nuon has partnered with key local actors, ECN and the Windcollectief Wieringermeer, to lease lands and operate these turbines. This additional generation capacity will not become available until 2020.

Nuon CEO Peter Smink commented, “We power climate-smarter living and help datacenters use locally produced renewable energy. This is not only an important investment in Dutch renewable energy, but also a new step in the greening of IT in the Netherlands.”

The agreement will help support the continued long-term growth of the Microsoft Cloud services delivered from the Netherlands, which is one of 42 Azure regions announced across the globe, and is also one of the first regions to offer the preview of Azure Availability Zones. It also builds on recent local investments in sustainability and energy in the country. Earlier this year, Microsoft sponsored smart-energy startups at the Dutch accelerator Rockstart by providing collaboration and access to business development, data analytics and the Internet of Things.

“This is Microsoft’s second wind energy project in Europe, closely following a new Irish wind farm announced about a month ago,” said Christian Belady, general manager, Microsoft Cloud Infrastructure and Operations, Microsoft. “Once completed, this wind project will bring Microsoft’s total global direct procurement in renewable energy projects to almost 800 megawatts. With these wind projects, we’re making considerable progress against the corporate clean energy commitments we set for ourselves in 2016.”