EDP Renováveis, S.A. (“EDPR”) and ENGIE are pleased to announce that Moray Offshore Windfarm (East) Limited, a joint venture company currently owned by EDPR (77%) and ENGIE (23%), has been awarded a 15-year Contract for Difference (CfD)  for the delivery of 950 MW of offshore wind generation at £57.50/MWh (in real 2012 terms). The contract was awarded by the UK’s Department for Business, Energy & Industrial Strategy (“BEIS”) following its latest CfD auction. 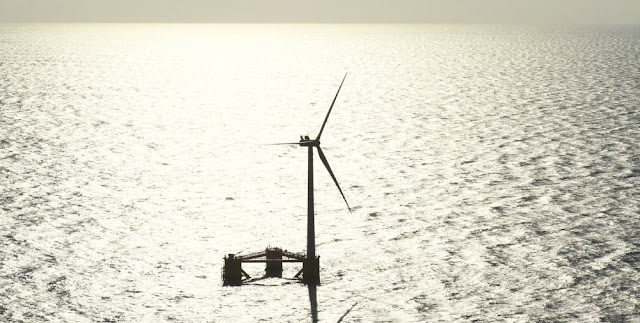 EDPR and ENGIE are jointly developing this project, which is located off the north-east coast of Scotland. Upon conclusion of the development phase and the selection of all partners and suppliers for the different stages of construction and operation, the project would then move towards the construction phase. Completion and the commencement of commercial operation is expected in 2022.

“EDPR’s sustained commitment to the UK offshore wind market through Electricity Market Reform and the transition to CfD auctions has enabled dramatic cost reduction from £150/MWh in 2014 to £57.50 /MWh today.

“This auction has demonstrated the real progress in cost reduction and our result shows how affordable offshore wind can be compared to other technologies, including new thermal generation. The UK needs more low carbon generating infrastructure to maintain security of supply against an increasingly uncertain future. EDPR has demonstrated what can be done at this site. It is in the UK’s interests to enable us to continue this achievement at other sites”

Wilfrid Petrie, CEO for ENGIE in the UK & Ireland, said:

“We are delighted that the Moray East offshore wind farm has received this CfD, which is an important step in taking this project forward. This will be ENGIE’s first offshore wind development in the UK, and complements our growing global offshore wind portfolio with projects in France, Portugal and Belgium, as well as our existing renewables operations in the UK.

“ENGIE is committed to investing in sustainable energy solutions and innovative services in the UK, including renewable energy generation. Moray East will make a significant contribution towards helping the UK meet its decarbonisation targets and it will also support ENGIE’s ambition for 25% of its global energy portfolio to be renewable by 2020.”

“Moray East’s success in this auction will enable us to bring a high-quality, high-value offshore wind project to the UK, and I would like to thank all of the organisations, individuals and communities with an interest in the Moray Firth with whom we have worked to reach this vital milestone.

“Moray East also brings major economic opportunities to our supply chain. Innovation and co-operation have enabled the cost reduction which ensured success in this auction. Electricity from Moray East will be produced at the lowest cost of any offshore wind farm around the UK, with exceptional benefits to consumers.”

2.    Development of Moray East commenced in 2010 with EDPR as lead developer of a joint venture which won development rights for Zone 1 of the UK’s 3rd round of offshore wind development.

EDP Renewables (Euronext: EDPR) is a global leader in the renewable energy sector and the world’s fourth-largest wind energy producer. With a sound development pipeline, first class assets and market-leading operating capacity, EDPR has undergone exceptional development in recent years and is currently present in 12 markets (Belgium, Brazil, Canada, France, Italy, Mexico, Poland, Portugal, Romania, Spain, the UK and the US). Energias de Portugal, S.A. (“EDP”), the principal shareholder of EDPR, is a global energy company and a leader in value creation, innovation and sustainability. EDP has been a Dow Jones Sustainability Index for eight consecutive years.

ENGIE is committed to taking on the major challenges of the energy revolution, towards a world more decarbonized, decentralized and digitalized. The Group aims to become the leader of this new energy world by focusing on three key activities for the future: low carbon generation, in particular from natural gas and renewable energy, energy infrastructure and efficient solutions adapted to all its customers (individuals, businesses, territories, etc.). Innovation, digital solutions and customer satisfaction are the guiding principles of ENGIE’s development.

ENGIE is active in around 70 countries, employs 150,000 people worldwide and achieved revenues of €66.6 billion in 2016. The Group is listed on the Paris and Brussels stock exchanges (ENGI) and is represented in the main financial indices (CAC 40, BEL 20, DJ Euro Stoxx 50, Euronext 100, FTSE Eurotop 100, MSCI Europe) and non-financial indices (DJSI World, DJSI Europe and Euronext Vigeo Eiris – World 120, Eurozone 120, Europe 120, France 20, CAC 40 Governance).
In the UK, ENGIE is a leading energy and services Group employing 17,000 people across three main areas: generation and supply of energy, management of facilities and regeneration of places and communities.

In 2009 Moray Offshore Renewables Ltd won the rights to develop offshore wind generation in Zone 1 (The Moray Firth) of the UK’s 3rd round of offshore wind licencing. After initial examination of the zone it was found that there were fewer constraints to development in the east than in the west, so the zone was split into two parts, the Eastern and Western Development Areas.   This allowed development of Moray East to commence 2010.

Moray East received consent from the Scottish Government to construct and operate 1116MW of offshore wind generation in 2014.  Planning permission in principle was granted by Aberdeenshire council for the onshore electrical infrastructure to connect the windfarm to the UK’s national electricity transmission grid.
Moray East is owned 76.7% by EDPR and 23.3% by ENGIE.