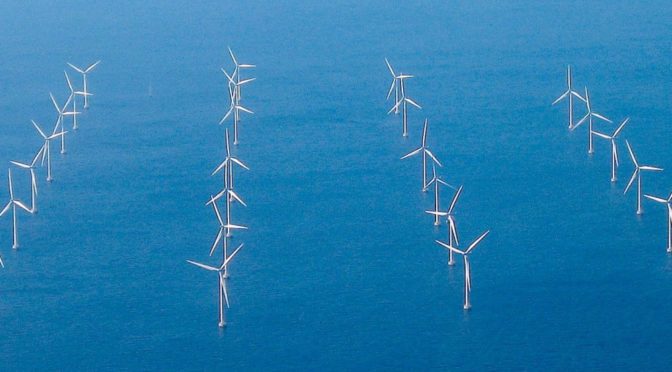 Massachusetts electric distribution companies and the Massachusetts Department of Energy Resources (DOER) just issued a joint request for proposals (RFP) for 400 megawatts (MW) of offshore wind energy – the first request of its kind and a huge milestone of American offshore wind.

The highly anticipated request follows a Massachusetts law passed last year calling for utilities to procure 1,600 MW of offshore wind by 2027 – the first such requirement in the nation and enough to power half a million American homes. Thursday’s RFP is the first of multiple solicitations in the coming years to reach the 1,600 MW target. While the first RFP calls for at least 400 MW of offshore wind energy, Massachusetts will also consider proposals for up to 800 MW if larger projects will have higher economic benefits for ratepayers.

A group of companies holding federal offshore wind area leases off the Massachusetts coast are expected to submit bids to compete for the state’s first offshore wind farm:

“It’s a huge opportunity and I’m really excited to see what we get in our first procurement,” says Judith Judson, commissioner of Massachusetts Department of Energy Resources. “We have tremendous potential for offshore wind. We’re taking the first step and it has the potential to bring jobs, to bring industry, and grow our clean energy economy.”

Bids are due in December, and the winning bid will be announced next summer.