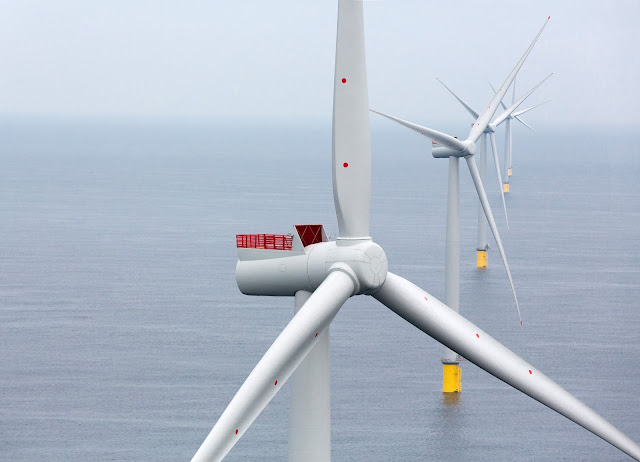 According to the data, WGEG expects the UK, Germany and China to remain the global leaders of renewable energy – together accounting for 54 per cent of total global expenditure. It also predicts that nearly 70 per cent of global operating expenditure – €68bn – will be spent across these three markets alone.

But the report predicts the emergence of other countries that are just starting to show growth. “Ones to watch” include the US, which opened its first offshore windfarm off Rhode Island in late 2016, France which has initiated four floating windfarms expected online towards the end of the decade and Poland which will be adding a further 3.6GW over the next decade.

Global hardware Capex is expected to total €288bn, versus installation Capex at €88.6bn and planning & development at €25.6 over the 2017-2026 period. The report is predicting an increase in demand for sub sectors supporting the use of installation vessels, helicopters and floating foundations. This is as a result of expected demand for bigger turbines (10MW+) in deeper water. Around 14,400 turbines are expected to be built over the next decade, alongside 16,000 foundations.

Gareth Hector, Head of Sales and Marketing at WGEG, comments; “There will be a significant number of developments in the offshore wind market over the next few years. We are expecting a sharp rise in expenditure as EU countries in particular look to meet their 2020 renewables targets.

“We also expect to see the emergence of new markets. Notably, we’ve seen the US open its first offshore windfarm. Whilst this seems at odds with current political decisions such as the withdrawal from the Paris climate agreement, we still see the potential for growth here, particularly if the industry is supported through incentives such as tax credits.

“All of this is coupled with an underlying increase in project scale over the next decade – larger, deeper water turbines, which are being run increasingly by consortiums in order to spread the financial cost/risk. These changes are already heralding opportunities for companies developing new technologies as well as those supporting sectors such as cables and sub stations, all of which are set to see strong growth.”

“We expect that the industry will continue to attract investment from utilities, large engineering and service contractors, as well as upstream oil and gas companies.”

Westwood Global Energy Group is headquartered in Aberdeen with offices in London, Houston and Singapore and has over 60 employees.