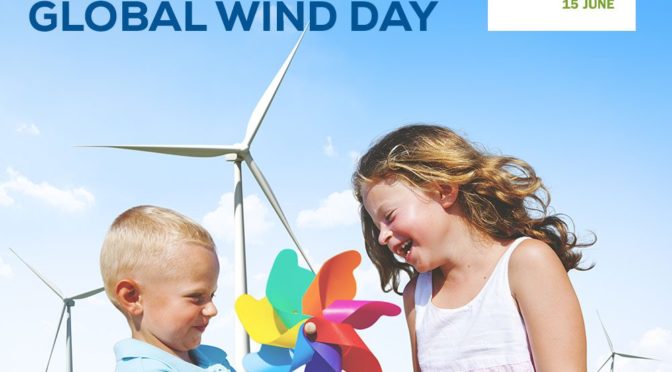 Susy Bento is a Marketing Specialist at Alcen Renewable.

June 15, 2017 marks the 10th anniversary of the first ever Wind Day, a moment to celebrate wind as a renewable energy source.

Since that initial celebration, Wind Day (now called Global Wind Day) has become a worldwide holiday. Every year, hundreds of events are held all over the globe to bring greater attention to the potential of wind power as a force to change the world for the better.

It’s impressive to watch how this industry has grown in just a short amount of time.

The history of wind power

Windmills go back thousands of years. The first “wind power companies” were builders who erected these structures to harness this renewable energy source to grind grain or pump water.

However, it wasn’t until 1887 that the first windmill was used to generate electricity. By the time he built his third version, Professor James Blyth’s wind turbine actually powered his home in Glasgow, Scotland for 25 years.

As impressive as these inventions were, the vast majority of them were unreliable.

It would take all the way until the 1970s before the United States government began researching commercial wind turbines. With the help of NASA, 13 experimental turbines were designed, built, and put into operation. These initial efforts paved much of the multi-megawatt installments we use today, totaling over 53,000 in the U.S. alone.

The current state of wind power

What fueled this development? Wind has become very affordable.

One big change in recent years is how much cheaper it has become to harvest this resource.

In fact, prices have dropped 66 percent in the past seven years, which has made it possible for wind to compete against other energy options. In many parts of the U.S., wind is now the cheapest source of new generating capacity.

Another major reason to celebrate Global Wind Day is how many jobs this industry is creating all over the world. Wind boasts America’s fastest growing job: the wind turbines technician profession is expected to grow by 108 percent over the next decade. Worldwide, there are now 1.2 million wind jobs.

The future of wind power

Locally, numbers are even higher. Iowa and South Dakota create over 30 percent of their energy using wind, and overall 14 states are at least 10 percent wind-powered.

In the United States, wind power companies still have plenty of room to expand. This includes numerous offshore opportunities for wind generation.

The evolution of wind power continues

Global Wind Day is a reminder to appreciate the technological advancements, ingenuity and leadership that have brought wind power so far from such humble beginnings.

Once, the wind was used for little more than to make flour. Today, wind is changing the way we create electricity while powering booming job growth.