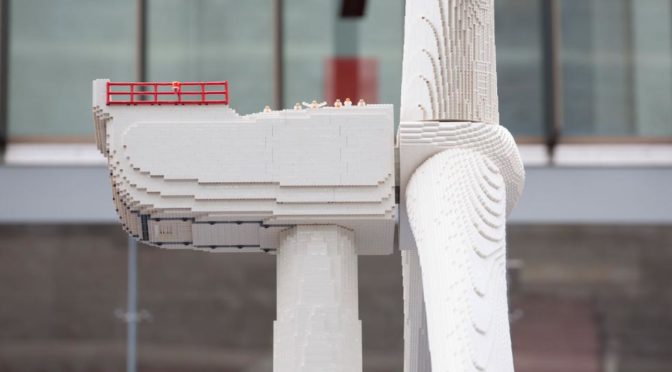 It’s official: the iconic buildings blocks for generations of children are now made with 100 percent renewable energy.

When the Burbo Bank Extension offshore wind farm near the United Kingdom started generating electricity earlier this month, LEGO hit its 100 percent renewable energy target three years ahead of schedule. The company has used a combination of wind and solar to meet the goal.

And it celebrated just as you would expect– by building the world’s largest LEGO wind turbine. The project set a Guinness World Record, standing nearly 25 feet tall and built with 146,000 LEGO bricks.

Now, LEGO is challenging children from across the Globe to build their own renewable energy projects.

“We see children as our role models and as we take action in reducing our environmental impact as a company, we will also continue to work to inspire children around the world by engaging them in environmental and social issues,” said Bali Padda, CEO of the LEGO Group.

Here’s a look at how LEGO set their Guinness record.