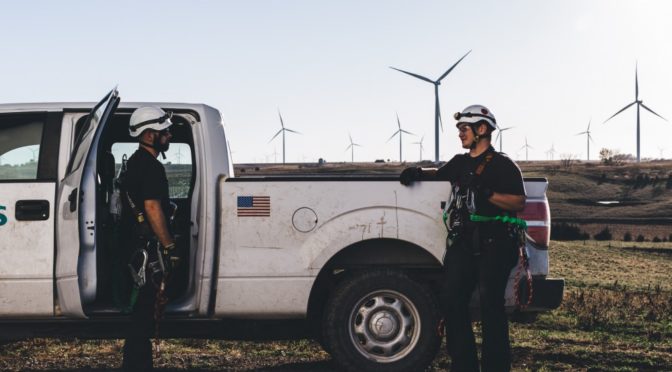 More Americans now work in wind than in nuclear, coal, natural gas or hydroelectric power plants. These jobs span all 50 states, and tens of thousands are at the more than 500 U.S. factories building wind turbines and parts for them.

Importantly, America’s veterans play a big role. They fill roles in the U.S. wind industry at a rate 50 percent higher than the national average.

Beyond manufacturing, the service and maintenance jobs the growing industry creates provide rural Americans with well-paying opportunities. Last year, the U.S. Bureau of Labor Statistics found wind turbine technician is the country’s fastest growing job, expected to increase by 108 percent over the next decade.

Researchers predict strong job growth will continue in the years ahead. Wind remains on track to provide 20 percent of America’s electricity by 2030. At that level, it could create 380,000 jobs.

It’s hard not to get excited about an economic boom like that.