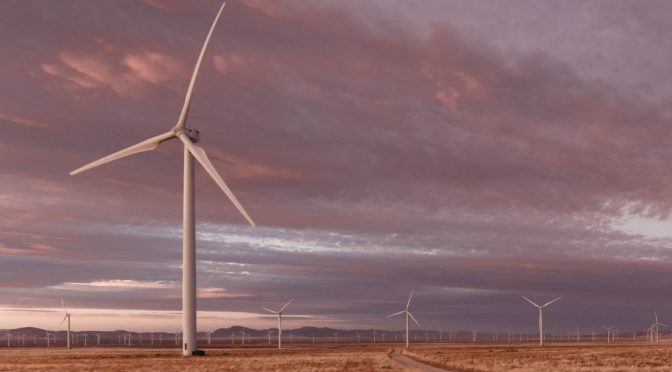 I think we’re officially past the trend stage.

After nine months of new data all pointing to the same conclusion, it’s now simply a fact: no matter where they live or who they voted for, most Americans want more of their electricity to come from wind power.

What’s behind this cross-cutting support?

“When Republicans hear the phrase ‘clean energy,’ they think of solar and wind power. They say it is non-polluting and leads to clean air and renewable energy,” said strategist Glen Bolger.

And in an open letter to the president-elect published in the Washington Examiner, Young Conservatives for Energy Reform founder and chairman Michele Combs explained,

“America’s heartland, a region that wholeheartedly embraced your message at the ballot box, provides us with the skillset and manpower to be a leader in manufacturing the energy technology of tomorrow. Michigan and Ohio are home to a growing number of companies that produce resources for wind and solar energy production, providing thousands of jobs for hardworking folks in these states… I hope that you will join me and Young Conservatives for Energy Reform in our desire to help you make our country great again by making us a leader in clean energy. ”

Since the majority of wind farms are in Republican-controlled Congressional districts, it’s no surprise that conservative audiences support wind power. They get to see its job-creating, economy-boosting, low-cost attributes firsthand.

Learn more about how wind benefits rural communities and creates well-paying manufacturing jobs in this video: