When President-elect Donald Trump met with British politician Nigel Farage in recent days, he encouraged Farage and his entourage to oppose the kind of offshore wind farms that Trump believes will mar the pristine view from one of his two Scottish golf courses, according to one person present. 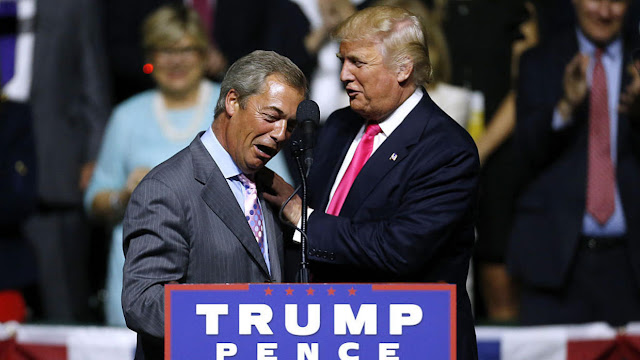 The meeting, held shortly after the presidential election, raises new questions about Trump’s willingness to use the power of the presidency to advance his business interests. Trump has long opposed a wind farm planned near his course in Aberdeenshire, and he previously fought unsuccessfully all the way to Britain’s highest court to block it.

The group that met with Trump in New York was led by Farage, the head of the U.K. Independence Party and a member of the European Parliament. Farage, who was a leading voice advocating Britain’s exit from the European Union, or Brexit, campaigned with Trump during the election. Arron Banks, an insurance executive who was a major financier of the Brexit campaign, was also in attendance.