LM Wind Power, the world’s largest independent designer and manufacturer of wind turbine blades, announced today that it has broken ground for a 17 hectares piece of land in Bergama, Turkey, from the Bergama Organized Industrial Zone (BOSBI). The site will become home to a world class, high technology factory for the manufacture and distribution of wind turbine blades, and is expected to bring up to 450 skilled technical jobs to the area. These will range from manufacturing operations, to technical engineering, services, administration and ancillary support. 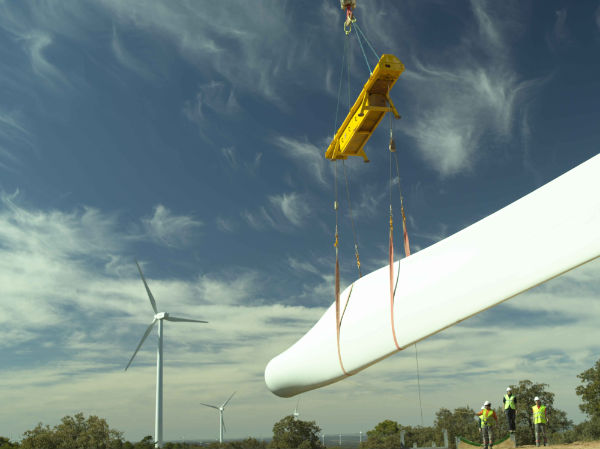 “This is a breakthrough deal for us,” commented Mr. Hüseyin Vatansever, President of BOSBI. “Even in a highly competitive global market, we have always had vision and believed that we were capable of attracting world class enterprises to the area. It is particularly gratifying to bring a company like LM Wind Power, which is a leading player in the renewable energy industry and manufactures a high technology product for local and world markets. It marks the beginning of new ‘hub for green industry’, which signals a prosperous future for the zone, the city of Bergama, for Izmir and for the wider Turkish economy,” added Mr. Hüseyin Vatansever.

LM Wind Power VP Industrialization, Ben Malefijt, commented: “It is a great pleasure to be able to break ground for a new plant here in Bergama and we look forward to supporting the development of the area with the local authorities and business partners.” Mr. Malefijt continued: “In addition to the obvious geographical and logistical benefits this region presents, there’s a noteworthy local talent pool which can benefit from the opportunities. LM Wind Power has an excellent track record for growing and retaining local people from the communities wherever we operate. We expect to do the same here in Bergama.”

LM Wind Power’s investment in Turkey is supported by firm contractual commitments from a major customer. The factory ramp up to production is expected to start by mid-2017 with an annual capacity of 500 MW and an efficient way to expand to 2 GW. The new plant in Turkey will be the 14th LM Wind Power blade manufacturing facility worldwide.

LM Wind Power is the world’s largest designer and independent supplier of rotor blades for wind turbines, with a global manufacturing footprint that includes blade factories in Brazil, Canada, China, Denmark, India, Poland, Spain and the United States. The company has produced more than 185,000 blades since 1978, corresponding to more than 77 GW installed capacity and global savings of more than 147 million tons of CO2 annually.