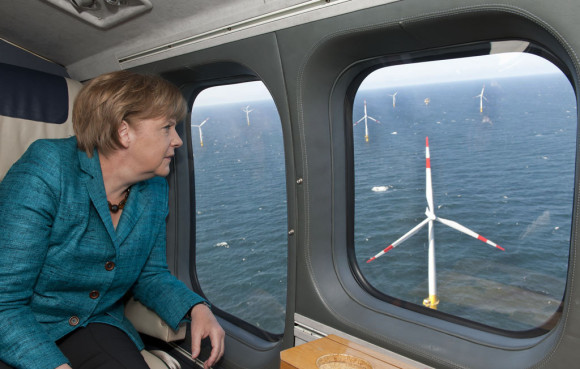 Awards fix the remuneration of a project for 20 years. Bids will be at a 100-percent-site and the maximum bid allowed is 7 €ct/kWh. Adjustments for lower or higher wind speed sites will be undertaken by adjustment factors, through which the site-specific remuneration is determined. The adjustment factors come together with a new reference-yield-model that better reflects wind conditions, providing a competitive environment for low and high wind speed sites.

For projects that have a building permit by end of 2016 and which opt to be remunerated under the old Feed-in-Tariff-System, the degression was increased. However, instead of on-time-degression, which would have had an all-at-once effect, parliament agreed on stretching this degression into monthly steps, easing effects for the industry.

“The reform is a further step towards integrating wind power into the energy market. Stronger market integration is a path we are well aware of and it reflects that wind power is a mainstream energy source,” says Tony Adam, Manager Public Affairs, “In general, the tendering-model for onshore wind seems to be well done and appears to allow for a further promotion of wind power throughout Germany. Some points that entered the law seem not to follow a fully stringent approach for the so-called energy transition.”

Questionable are the so-called grid restriction areas that will be defined, for instance. In these areas merely 58 percent of the average installations of the last three years will be allowed to be installed. The ratio of supporters of this regulation is to match grid extension with installations of renewables.  Nevertheless, this regulation can impact site availability.