Siemens will supply three direct drive wind turbines of the type SWT-3.2-113 for the onshore wind power plant Naundorf. These modern wind turbines add about ten megawatts (MW) to the site’s existing wind power capacity. Additional Siemens medium-voltage switchgear located in the turbine towers will play a key role. These components enable the three turbines to connect and disconnect themselves to the grid in time staggered periods. The order includes a 20-year service agreement. 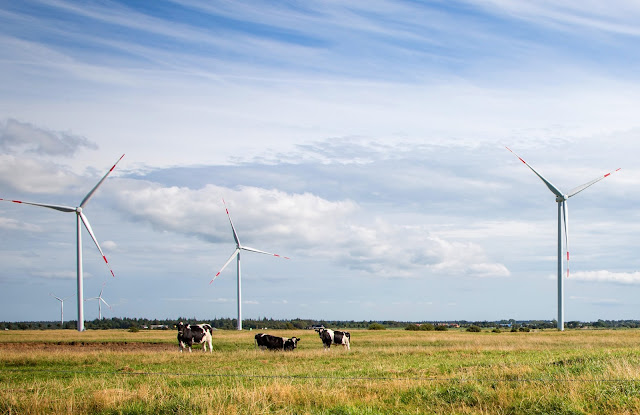 Siemens will provide three direct drive wind turbines each with a rotor diameter of 113 meters and a rating of 3.2 MW for the project Naundorf located in Germany between Dresden and Leipzig.

The automatic switchgear, a so-called “auto-reclosing-system”, is crucial for expanding the Naundorf wind power plant. All wind turbines at the site use one grid access point which is connected to the local medium-voltage grid. Overloads are avoided by staggering the turbine’s energy feed into the grid in defined stages, to maintain grid stability. “Siemens was the right technology partner for this matter,” says Gustav Brzyszcz, head of Wind 2000 GmbH that developed the project. “We were able to choose from a broad range of solutions from energy production to power transmission and found the most suitable component for our needs.”

“We are very happy to have been chosen for this project because of our optimal grid compatibility,” says Thomas Richterich, CEO Onshore of Siemens Wind Power and Renewables Division. “We make use of the whole Siemens product portfolio that covers the entire value chain from electricity generation to energy distribution.”

The Naundorf wind power plant is located between Dresden and Leipzig in the district of Nordsachsen and was connected to the grid for the first time in 2004, with a rating of 14 MW. In the following years the plant’s capacity was expanded by additional 6 MW, and in 2015 by another 14.4 MW. The three new wind turbines with a capacity of 3.2 MW each and a rotor diameter of 113 meters will increase the wind power plant’s capacity to almost 42 MW in total. Installation of the three SWT-3.2-113 turbines, mounted on steel towers with hub heights of 92.5 meters, is scheduled to begin in autumn 2016; operation of the three wind turbines and their medium-voltage switchgear will start in early 2017. Once operational, the Naundorf onshore wind power plant will provide clean energy to almost 10,000 citizens.