The total capacity of wind farms installed in China exceeds that in the US, which should lead to greater wind-generated electricity in China relative to the US (67.7%); on the other hand, the advantage of greaterinstalled capacity in China is more than offset by the combinedeffects of delayed grid connection (negative 50.3%), less favorable wind resources (negative 17.9%), and lower quality of wind turbines(negative 50.2%). China’s high curtailment rate for wind power(negative 49.3%) further reduces the actual wind power generation.In total, wind-generated electricity in China is 39.3 TWh less thanthat in the US. With other factors fixed, curtailment of wind powerin China would contribute to such shortage by 19.37 TWh, themagnitude of which is comparable to the total electricity generatedfrom wind in Canada in 2012 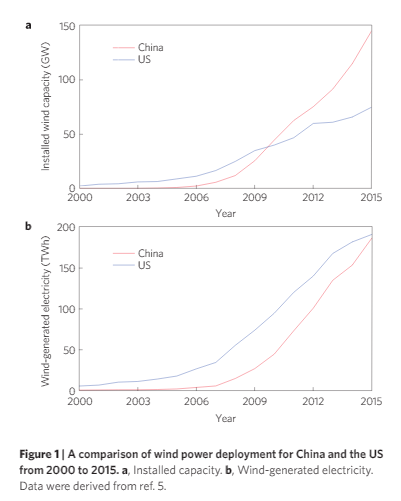 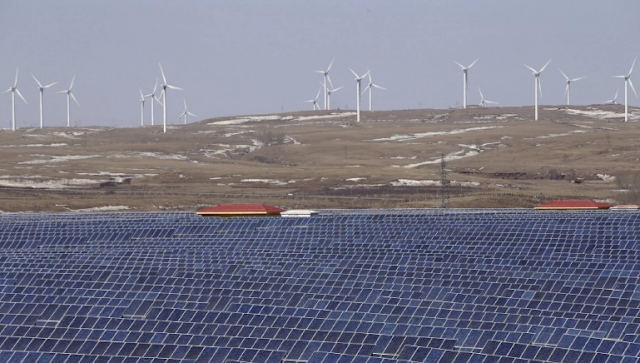 The inferior domestic wind turbines can be addressed with a short-term switch to more international suppliers, while focusing on domestic research and development efforts and technology transfer agreements with other nations in the long term.

Pumped hydro storage (PHS) facilities could provide an opportunity to store electricity w hen supply exceeds demand. Current PHS capacity in China amounts to 16.9 GW, and is projec ted to increaseto 50 GW by 2020. Much of this additional capacity is planned forthe eastern and southern regions of the country, with only 16 GW for the north (China’s wind farms are mainly in the north). Increasing the development of PHS in the northcould make an important contribut ion to limiting wind curtailment

China is planning to ramp up non-pumped hydro storage to 14.7 GW by 2020. This will likely be battery systems.