A BREEZY range of remote hills near a major power line and 20-year supply contracts have proponents of the Hornsdale wind farm in South Australia confident of success. 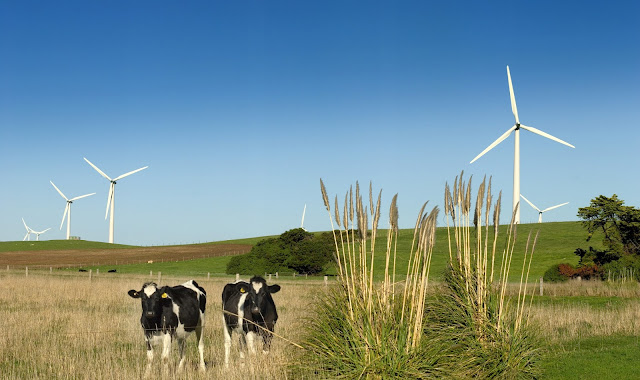 Construction of the 270-megawatt farm is well underway and the project’s first stage, which will generate 100 megawatts, is expected to begin producing electricity by the end of the year.

Hornsdale was also awarded a contract to deliver 100 megawatts to the ACT last February as part of the first reverse auction.

Megawatt Capital Investments CEO Mark Schneider said the latest contract win had given the project, which is about 220km north of the South Australian capital Adelaide, the financial certainty to progress to stage two.

“Now we’ve won the tender for the second stage we’re hoping to finalise the financing in the next four to six months, enabling construction to move straight from stage one into stage two so that the workforce can be transitioned without disruption,“ he said.

“We think we will begin generating electricity towards the end of this year with full commissioning in early 2017.”

Completion of stage two, which will bring the number of turbines on the site to about 65, is expected to be about a year later.

The Hornsdale site near Jamestown stretches along a range of hills for about 20km.

“The first one is wind and on those hills in the Mid North of South Australia there is a lot of wind,” he said.

“The second thing is you have to have a network connection available and the good thing about that area is that you have some very significant high capacity power lines that run north from Adelaide to the South Australian industrial areas around Port Augusta so all of the wind farms in the Mid North are able to connect into those power lines as they pass by.

“The third thing is that you want to be not too close to where people live – we like to keep a reasonable distance between the turbines and any homes – and that usually makes it hard to find a good network connection because they obviously build the network where people live but in this particular area the reason for the network is to link Adelaide with the industrial north so we have power lines going through areas of land where the distance between homes is very large.”

Schneider said although the wind farm had approval to reach 315 megawatts there were concerns the network could only handle between 270 and 300 megawatts.

“We probably think the magic number is around 270 so what we’ll be doing is trying to come up with an arrangement in relation to that further 70 that would see that constructed essentially as a third stage but following very closely behind stage two.”

South Australia is the largest producer of wind energy in Australia.

Schneider said the South Australian Government had been very helpful throughout the process of establishing Hornsdale.

“That doesn’t mean that you are going to get a wind farm approved that shouldn’t be approved but it does mean that the application process is much more efficient and that certainly was one of the attractions that brought our investment partner Neoen in. They were made to feel very welcome in South Australia and the government deserves some praise for that.”

Australian CleanTech Managing Director John O’Brien said the $77 per megawatt hour Hornsdale claimed it could achieve as part of its application to the ACT Government was the lowest price he had seen in Australia for wind energy production.

“Having good wind and access to power lines that’s what’s enabling them to achieve that … it’s certainly cheaper than some gas generation so that’s starting to get very competitive,” O’Brien said.

“People are probably slightly more anxious (about wind farms) in Australia than they would be elsewhere so to be successful you have to be proactive and engage with people and find places where you haven’t got too many people, which is what Hornsdale have done.

“The big challenge with any large scale renewables is getting a long-term power purchase agreement and they’ve also done that.”

O’Brien said South Australia had been forward looking with regulatory changes to drive the establishment of the wind energy industry in the state.

“It’s also got a great wind resources, particularly in areas not far from existing power lines and it’s also a little bit less populated than rural areas in Victoria or New South Wales.”