Consultants from Norway, Germany, the British Embassy and national energy development committee members joined a seminar on 16 December to discuss the potential and challenges in wind energy for Myanmar. 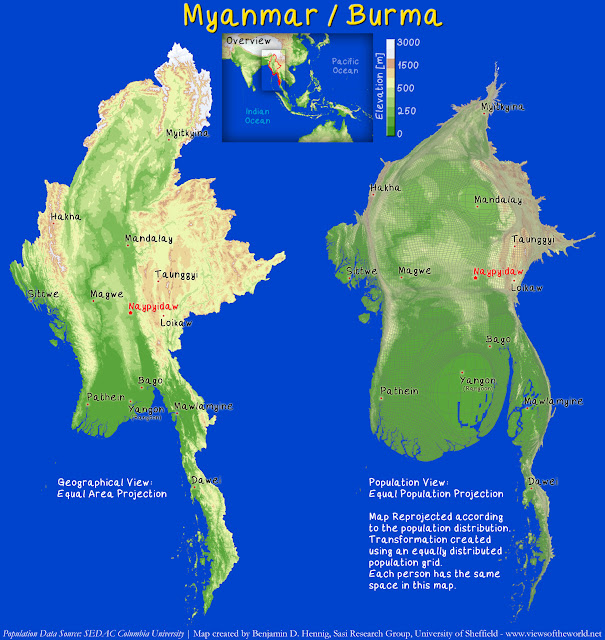 Consultants from Norway, Germany, the British Embassy and national energy development committee members joined a seminar on 16 December to discuss the potential and challenges in wind energy for Myanmar.

“A leapfrog opportunity for the country is underway,” said David Fullbrook, an energy-renewable advisory member of DNV GL, who also concluded that changes at a systematic level are also required to match the evolution of resources.

Anthony Preston, Head of Prosperity at the British Embassy in Myanmar, commented, “It has never been a better time for a country to develop renewable energy,” while also mentioning the UK government’s dedication to the development of Myanmar’s renewable energy sector.

People’s access to power is a critical issue because three-quarters of the country have no access to electricity, while in developing Asia the average number is 18%, according to data from the Asia Development Bank.

Hydropower is a major component of renewable energy and accounted for nearly 74% of the overall electricity generation of Myanmar in 2013, according to government data.

Thus, energy supply fluctuates between rainy and dry seasons, calling for the supplement from other renewable energies like solar and wind power.

Neighbouring countries still look to Myanmar in order to fulfill their needs, with China being one of the largest in the region constructing hydro-power plants that are mostly infamous for their social costs.

China and India increased their domestic energy production on wind and other renewable resources withwind energy production increasing by nearly 20% in 2014 compared with the previous year, according to REN21 data.

Recently Myanmar was ranked as the 2nd most affected country by climate change – from 1993-2012 – according to the Global Climate Risk Index 2015. Although Myanmar is a developing country, it did not contribute much to CO2 emissions.

Yet, Myanmar has shifted its eyes to fossil fuels – particularly coal – and has strayed from other forms of renewable energies.

In a number of plans the government has been working on, Myanmar aims to increase coal power to nearly a third and lower renewables to 9% for electrification in 2030.

The main reason for raising coal power electrification is due to technical limitations and stability, according to a recent interview with the deputy minister of Ministry of Electric Power U Maw Thar Htwe.

Research released at the seminar, however, revealed great potential in wind energy in Myanmar and expressed the need for stable and simple policies and regulations.

“If all the costs are weighed solar and wind usually offer better value, more flexibility, and less risk than other resources like coal. It’s also certainly possible to depend on solar and wind, as we see for example in Denmark and Uruguay, if the electricity system is reconfigured to match the resource.

The technology and know-how are there, which maybe wasn’t true ten years ago. Of course Rome wasn’t built in a day. It takes time for knowledge, evidence and confidence for an energy leapfrog to spread.” David Fullbrook replied in an email on why the government is still looking to increase fossil consumption.

As policy and the legal framework remains in a relatively blank state, techniques, policy, regulatory, and financing all face certain challenges.

To trigger investment it requires is a “simple, clear and stable” policy and regulation, according to Chris Hughes from international law firm Berwin Leighton Paisner.

“The government is also burdened greatly from electricity subsidies,” said U Thoung Win, a member of National Energy Development Committee. He urged the electricity price system to be changed towards a better-investing environment.

Myanmar’s government should embrace the international standard Independent Power Producer (IPP) power purchase agreement structures for regulation when there is a lack of regulator experience, Jeffrey Premer from Baryon suggested.

IPPs by definition are, “A corporation, person, agency, authority, or other legal entity or instrumentality that owns or operates facilities for the generation of electricity for use primarily by the public, and that is not an electric utility,” according to the U.S Energy Information Administration.

Australian homeowners that rely solely on energy produced by solar panels are allowed to sell their electricity back to the power grid using what is called the feed-in-tariff method. Although such a system isn’t possible yet in Myanmar due to poor infrastructure.

Ecological influence and social risk were put forward as one of the key concerns. Given the uncertainties, the wind industry is quite mature with proven techniques for mitigating the direct impact.

For financial solutions, Terje Norman proposed several possible module structures for a safe funding plan, introducing a buyer credit guarantee scheme, like Norwegian company GIEK that issues guarantees as a third party, which could lower bank exposure to a minimum 30%.

The evaluation of wind energy resources using modern acquisition systems has been conducted since 1998. Asia Trade Hub concluded from data collected by the Department of Meteorology and Hydrology that the western part of the country has the potential for the development of wind power.

“Three government bodies are to be added to deal with energy problems and infrastructure, including electricity cost,” said U Thoung Win, “the policy papers proposed by the National Energy Development Committee have been approved and are under implementation.”

When addressing whether the transition of a new government would affect the implementation of the policy, U Thoung Win denied there would be any problem, because “as a late comer (in energy development), what needs to be done is quite straightforward and obvious.”

Actions are being taken but there is still a need for a lot more to be done to unleash the potential.