Siemens is strengthening its collaboration with Norwegian company Statoil on floating offshore wind turbines. For the 30 megawatt (MW) Hywind Scotland Project, Siemens will supply five of its SWT-6.0-154 direct drive offshore wind turbines. The turbines will be installed on floating foundations operating in water depths between 90 and 120 meters. The world’s largest floating wind project is located in Scottish waters 25 kilometers off the coast of Peterhead in Aberdeenshire. For the new Hywind Scotland Project, assembly in West Coast Norway is scheduled for first half 2017. In 2009 Statoil and Siemens successfully installed a 2.3 MW Siemens turbine at the first floating full-scale wind project worldwide, Hywind Demo. 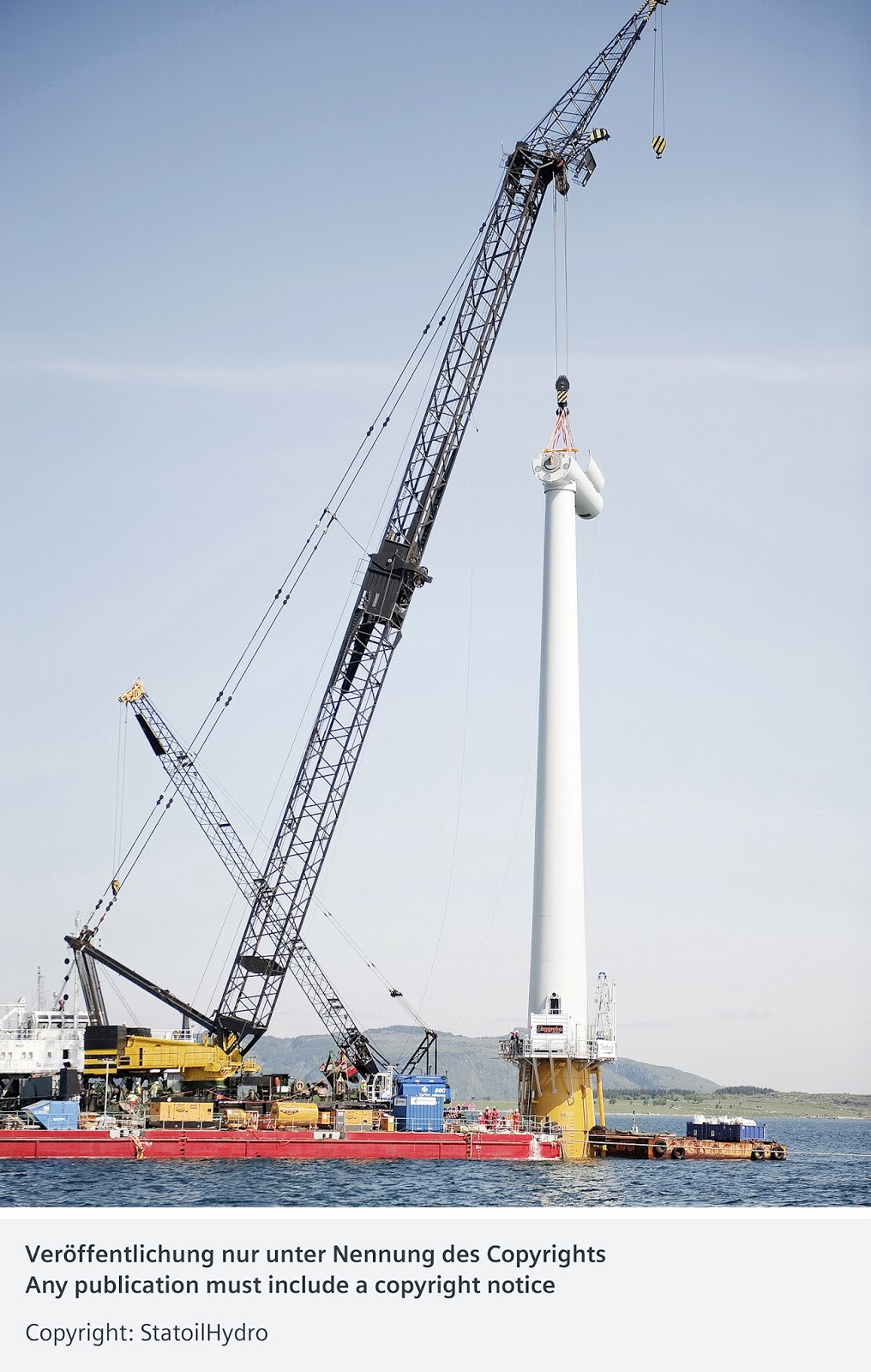 The Hywind Scotland project is expected to be commissioned in late 2017 and deliver 135 gigawatt-hours (GWh) of electric power per year. The infographic shows everything worth knowing about the floating windpark.

This Scottish pilot project demonstrates how future floating concepts for commercial and large scale offshore wind parks can be both cost efficient and low risk. The floating foundations are ballast-stabilized and fastened to the seabed with mooring lines. With their lightweight nacelles, Siemens large direct drive wind turbines are particularly suited for the floating foundations designed as slender cylinder structures. This concept has already proven its effectiveness in the 2009 project. At the same time Siemens gathered a lot of experience on the specific requirements regarding the control parameters on a moving wind turbine under offshore conditions. For the floating installation Siemens’ technicians developed new controller settings for rotor pitch and yaw drive regulation.

“We are proud to once again be on board the floating wind project with Statoil, and to apply the experience we gained with the first full scale floating turbine,” said Morten Rasmussen, Head of Technology at Siemens Wind Power and Renewables Division. “Hywind Scotland is another pioneering project and has the potential to become a trailblazer for future floating wind projects.”