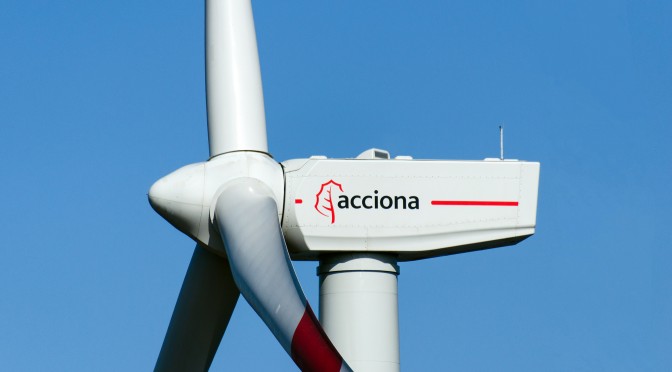 ACCIONA Windpower, the ACCIONA Group dedicated to the design, manufacture and sale of wind turbines, will supply 66 megawatts (MW) for a wind farm in north-east Brazil. The contract includes the transport, installation and start-up of the wind turbines (3 MW each) and the maintenance service for the turbines over five years.

The AW125/3000 turbines, with a 125-meter rotor diameter, will be assembled in the plant that ACCIONA Windpower opened in Simões Filho (Bahia) in December last year. The towers on which the turbines will be installed are made of concrete– twelve of them are 120 meters high and ten 100 meters – and produced by the company in Brazil on a site close to the wind farm.

With this contract, ACCIONA Windpower’s sales in Brazil have reached 1,185 MW, distributed in wind farms in five states.

The company started to market its AW3000 in Brazil in 2012, and the platform has demonstrated its high level of competitiveness and adaptation to the prevailing winds in the country, offering a high level of reliability and performance at a reduced cost of energy generated. The large rotors and high concrete towers are key factors in the company’s commercial strategy. ACCIONA Windpower has a workforce of more than 300 people in Brazil. The company’s activity has created or consolidated over 1,200 direct or indirect in in the country.