Enel Green Power CEO Francesco Venturini spoke at the European Wind Energy Association’s (EWEA) plenary assembly, one of the major International conferences on the energy market and the most important European wind energy fair with thousands of exhibitors from over 60 countries. The agenda included expectations for COP 21, the UN climate change summit to be held in Paris from 30 November to 11 December. 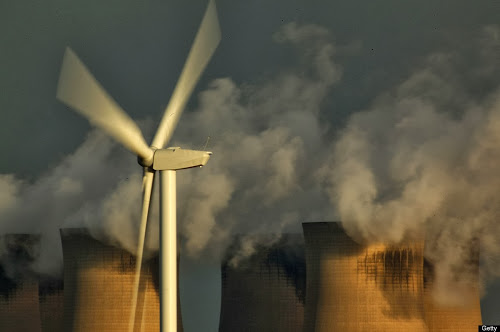 From 17 to 19 November, the European Wind Energy Association – EWEA’s annual event was held in Paris. This is one of the main international conferences on issues related to the evolving energy market, as well as the most important European fair in this sector with thousands of exhibitors from over 60 countries.

The EWEA plenary session, coordinated by the French wind association France Energie Eolienne (FEE), involved the participation of, among others, the European Commissioner for Energy Union Maros Sefcovic and the French Minister of Ecology, Sustainable Development, and Energy Ségolène Royal. It centred on issues and expectations for COP 21, the UN climate change summit to be held in Paris from 30 November to 11 December.

Enel Green Power’s CEO Francesco Venturini took part in the panel and reaffirmed the hope that at COP21 countries will find an agreement on effective global initiatives to fight climate change. These changes cause poverty and wars and, especially after the tragic incidents in Paris, a common effort is essential to reverse the trend of rising temperatures. In particular, renewable energy is an effective and competitive tool to reduce CO2 in the atmosphere and it must continue to be at the centre of the global climate strategy.

https://youtu.be/-rqOgpLT-2I
In emerging and mature markets green sources have taken a decisive role within the global scenario and Venturini recalled that Enel is contributing to the green breakthrough in many Latin American and African countries, mostly driven by wind, solar and hydropower, with every renewable technology and a process of constant innovation. On the other hand, “the mid-life crisis of European renewables’” – as Venturini defined it during the discussion – has to do with macroeconomics, the overcapacity of continental energy systems and regulatory policies and frameworks that are still not completely in line with the investment models required by the new needs of competitiveness and sustainability. This scenario is not forcing the European market to immobility but is instead pushing it towards a new beginning, to continue contributing to the global growth of renewables and the establishment of a new carbon-free development model.