Malindi Land and Environment Judge, Justice Oscar Angote stated Wednesday that the petitioner did not demonstrate a prima facie case with a likelihood of success since the project had undergone through all the desired processes prior to it being approved. 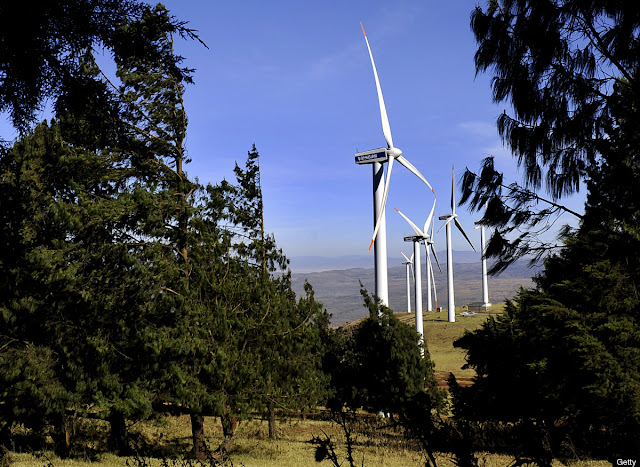 In his 28 page ruling, Justice Angote stated that benefits accrued to the public once the project being implemented by Kenwind Holdings Limited was underway outweighed the interests of the seven petitioners who had sought court permission to halt the project. The seven petitioners in the case are James Gachichio Gichu, Samuel Njoroge Munyau, Joseph Kinyua Murage, Zakaria Njoroge, Rehema Omar, Peter Munene Wambugu and Anthony Kang’ethe Muiruri while the respondents in the petition include the Attorney General, Lamu County Government, Lamu County Assembly, National Land Commission and Kenwind Holdings limited.

The petitioners who claim to be beneficiaries of the trust land and have been in occupation of the said land since 1984 sought in their application dated July 24 2015 to be granted conservatory orders by way of an injunction restraining the respondent either by themselves, their agents, employees appointees or successors from signing the Lamu County Assembly’s approval, transferring, evicting, allocating, displacing, demarcating, surveying, constructing and or implementing the Bahari wind energy project on their trust land. The petitioners further claimed that the Lamu County Assembly had in July 22, 2015 arbitrarily alienated their land by allocating 1,282 hectares of their land to Kenwind Holdings Limited without consulting them as required by law.

In his ruling, Judge Angore noted that the petitioners had not specified in their pleadings the basis of their ownership of the land considering it was only members of Bajun and the Sanya who were recognized as having lived in the area since time immemorial. “If the petitioners claim is that they have been living on the suit property since 1984 , and if indeed the suit property is public land as claimed by the respondents then the petitioner’s rights over the said land does not arise,” the Judge stated. Shortly after the ruling there was jubilation outside the Malindi High Court as Lamu residents supporting the project demonstrated with banners and placards stated that justice had been done.

Three members of the Lamu County Assembly, Jomo Maina representing Bahari ward where the project will be implemented, Zahra Shee Mohamed, Nominated and Ali Bakar Mohamed commended the court decision adding that residents would benefit greatly from the project. Local residents are set to be compensated, get employment opportunities while the region will see increased infrastructural developments in line with the envisaged projection of Kenya’s Medium Term development goals of Vision 2030. However the petitioner’s lawyer Ndegwa Njiru has confirmed his dissatisfaction with the ruling stating that a notice of appeal would be filed considering that 8,000 people would be displaced once the project was implemented.