Worldwide investment in renewable energy and energy-smart technologies totalled $70bn in the third quarter of 2015, just 1% below the equivalent figure a year earlier, according to the latest authoritative data from Bloomberg New Energy Finance. 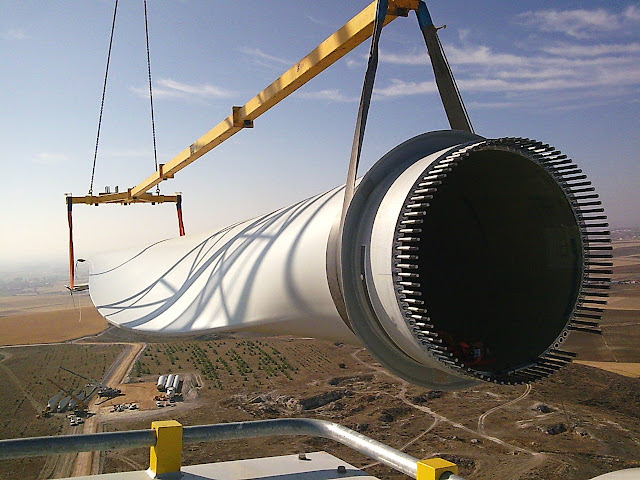 The largest projects to be financed in Q3 this year included solar thermal electricity generation, or CSP, plants in China, Israel and South Africa, and four offshore wind farms in Chinese waters – the first real wave of sea-based wind projects to get the go-ahead outside that technology’s original market, Europe.

However, the countries enjoying the biggest-percentage gains in investment in the third quarter of 2015 compared to Q3 2014 were mostly in the Americas. Brazil saw investment jump 131% on a year earlier to $2.3bn, thanks to a rush of wind project financings, while Chile leapt from $180m in Q3 2014 to $1.6bn in the latest quarter, and the US enjoyed a 25% surge in investment to $13.4bn.

Michael Liebreich, chairman of the advisory board at Bloomberg New Energy Finance, commented: “Investment in the first three quarters of this year has been $197.9bn, just $4.3bn down on the same period of 2014 – a resilient performance given the sizeable shifts in foreign exchange rates that will have reduced the dollar value of projects outside the US.

“Part of the explanation is the ongoing improvement in cost-effectiveness of solar and wind relative to fossil fuel generation. That is enabling those renewable energy technologies to attract a big share of power sector investment everywhere from China and Japan to Latin America and South Africa.”

The detail of Bloomberg New Energy Finance’s data shows that asset finance of utility-scale renewable energy projects totalled $47.3bn in the third quarter, down 4% on the same quarter of 2014, but spending on small-scale projects, such as rooftop solar, increased 21% to $19bn.

Among the big utility-scale projects funded were the Qinghai solar thermal plant in China, at $866m for 200MW, the Longyuan Haian Jiangjiasha offshore wind farm, also in China, at $856m for 300MW, and the SolarReserve Redstone solar thermal complex in South Africa, at $749m for 100MW.

Investment in specialist clean energy companies by venture capital and private equity funds shot up 92% in Q3 this year to $2bn, helped by a $500m VC round for Chinese electric vehicle company NextEV and a $150m financing for View, the California-based electronically tinting window technology developer.

Public markets, meanwhile, invested $3.7bn in clean energy companies in Q3, down 38% compared to the same quarter in 2014. The biggest equity-raisings were a $750m issue by Tesla Motors, the electric car maker, and a $675m initial public offering by TerraForm Global, a US-based “yieldco” owning renewable energy assets in emerging markets.

Breaking the figures down by region, China was once again the largest centre for investment, at $26.7bn in Q3, some 5% up on the same period a year earlier. The US was second, at $13.4bn, boosted by financial close for a succession of solar and wind projects worth several hundred million dollars each.

Asia-Pacific outside India and China was the third biggest region, at $11.4bn, down 1% on Q3 2014. However, Europe saw investment of just $5.8bn in the latest three months, down 48% from the third quarter of last year and its weakest performance since Q4 2004.

Angus McCrone, senior analyst at Bloomberg New Energy Finance, said: “The drop in European investment reflects in part a lull in offshore wind financings in Q3, after no fewer than three deals worth more than $2bn off the coasts of the UK and Germany in the second quarter. But it is also the case that support policies have become less friendly to wind and solar investors in several countries, including Italy, Germany, Denmark and, most recently, the UK.”

Note: clean energy investment in 2014 was $318bn, up 19% on 2013 and slightly above the previous record of $317.6bn in 2011. These annual figures include not just the asset finance, small-scale project, public markets and venture capital and private equity investment figures reported quarterly, but also two aggregates that are only estimated annually – research and development spending by governments and companies; and asset finance of smart grid and storage projects.

Bloomberg New Energy Finance will publish its figures for investment in clean energy in 2015 as a whole early in January.