Nordex will be supplying Frodsham Wind Farm Limited in UK, owned by Peel Energy and Belltown Power, with 19 N90/2650 wind turbines. This version of the N90/2500 Gamma strong-wind turbine has been especially developed for the Frodsham” project. 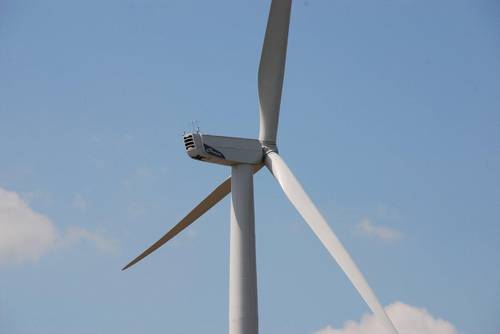 Originally designed to accommodate 21 turbines, the wind farm is located on the Frodsham Marshes roughly 12 kilometres north-east of Chester. The scheme was redesigned and the number of turbines reduced following consultation with the local community and nature conservation experts. To ensure that the planned total capacity of at least 50 megawatts could still be achieved, Nordex has developed an exclusive higher-output version of the N90/2500 for this project. As a result, the wind farm will have a certified output of 50.35 megawatts.

“With the Frodsham project, we have shown that we are flexible enough to accommodate our customers’ individual requirements. However, the N90/2650 will not be going into bulk production,” explains Lars Bondo Krogsgaard, CEO of Nordex. The specific conditions prevailing at the “Frodsham” site favoured the development of this innovative solution. “The wind in this region exhibits only minor turbulence and the climate is mild. This allowed our engineers to increase the turbine output,” says Krogsgaard.

Construction work at “Frodsham ” commenced in April 2015, with the delivery of the initial turbines scheduled for the second quarter of 2016. After it goes into operation, the wind farm will produce some 100,000 gigawatthours of electricity per annum, sufficient to supply around 24,000 homes. After “Scout Moor” and “Port of Liverpool”, “Frodsham” is the third wind farm at which Peel Energy is installing Nordex turbines.

As one of the technological leaders in multi-megawatt wind power systems, Nordex is benefiting from the trend in favour of large-scale turbines. The Generation Gamma range comprises the N90/2500, N100/2500 and the N117/2400, which is one of the most efficient series turbines for light wind regions. To date, over 3,600 of these turbines have been produced. With Generation Delta, Nordex is now offering the fourth generation of its proven mul-ti-megawatt platform (N100/3300, N117/3000, N131/3000). Nordex has installed more than 6,000 turbines with an aggregate capacity of over 10,000 MW all around the world. With exports accounting for around 70 percent of its business, Nordex SE also plays a key role in international high-growth regions. The Company has offices and subsidiaries in 22 countries around the world The Group currently has around 3,000 employees around the world.