Although Kenya produces just enough power to meet its current demand for households and businesses tied to the grid, it is constantly plagued with power outages that cause not only inconveniences, but a loss of income for those businesses that depend upon it. A large part of the problem is the country’s reliance on hydropower, which fuels about half of Kenya’s installed capacity. Since there is no reserve margin for reduced hydropower generation in times of drought, the government must pay for emergency generation. Given its cost, it is not a viable long term solution. While only 13 percent of Kenya’s current power supply comes from geothermal energy, tapping the resource’s full potential could produce five times the population’s entire demand. 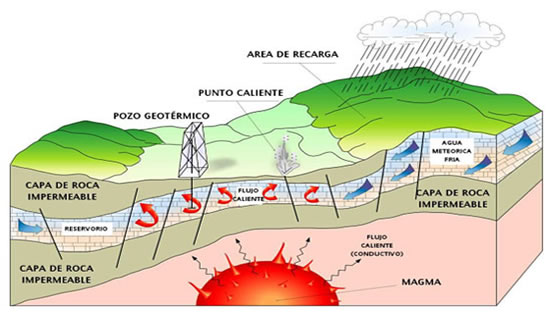 Objectives: Since 2011, AfDB in partnership with the Climate Investment Funds, the French Development Agency, the European Investment Bank and the Government of Kenya, has been working to help diversify Kenya’s energy mix; provide clean, reliable, low-cost power; and strengthen the national grid by increasing national installed renewable power by approximately 10 percent, consistent with Kenya’s green growth vision. More specifically, the project aims to develop the Menengai geothermal steam field to produce enough steam for 400 MW of power that will be generated by the private sector as independent power producers.

Project’s specificity: The Menengai project is the first project to be approved under the Climate Investment Funds’ Scaling-up Renewable Energy Program for low-income countries. It has helped establish, and has been the first project to test, a new model to fast-track the development of geothermal resources in the East African Rift Valley. The model entails the financing of the early stage and high-risk activities mainly related to drilling by development finance institutions, such as the AfDB using concessional financing, which in turn paves the way for private investors to step in and convert the steam into power. The Bank is using this experience to contribute towards future geothermal plans in the Comoros, Djibouti, Ethiopia and Tanzania.