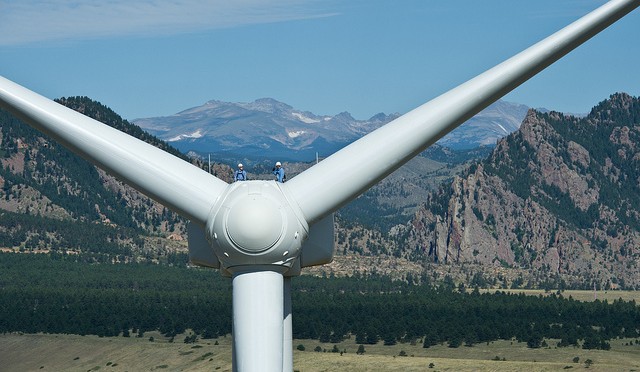 DTE Energy is looking at sites in Colfax, Oliver and Chandler townships for its newest wind farm.

In Oliver Township, planners gave conditional approval this week for what DTE is calling a “project concept.”

“We don’t have an official title, because it’s just a concept,” DTE Spokesperson Vanessa Waters told the Tribune via email. “That’s all we have right now.”

Waters says DTE is exploring several potential wind energy projects, both outside and inside Huron County, as a replacement for the Meade Wind Park — and to help the utility meet a mandate requiring Michigan utilities to generate 10 percent of power from renewable sources by the end of the year.

In a May referendum, 60 percent of Meade Township voters decided against the Meade Wind Park. Voters were asked whether DTE should continue the project, which called for up to 48 turbines in Meade. Six turbines were planned for Colfax and four in Chandler townships. The vote was 222-147.

According to DTE, about 100 landowners signed up to participate in the $214 million project, and Meade Township would have seen about $12 million in tax revenue over 20 years.

WLEW reports the new project is a “scaled back version” of a wind farm called the Pinnebog Wind Project. The project would have up to 30 turbines, with up to 15 in Oliver Township.

Oliver and Chandler townships split the 70 turbines of DTE’s Echo project, which began operating last year. Colfax has not had wind development, due in part to its proximity to the airport.