Isolux Corsan has delivered its first PV Solar project in Honduras on a budget of nearly $100m: the Aura II PV Solar Plant, which will produce 61.48 MWp and has been built within a tight window of only 7 months. 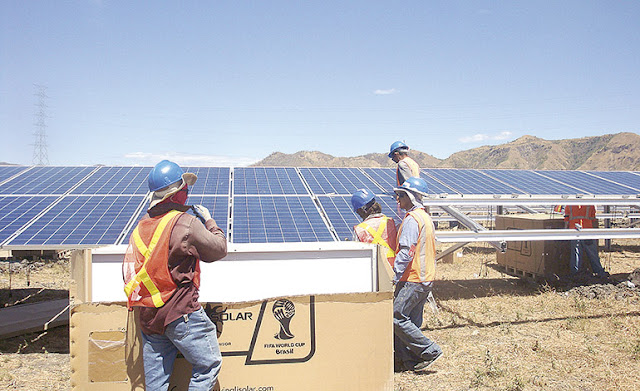 The PV Solar Plant, located in the region of Choluteca, will generate 109 million kWh per year, equivalent to supply clean energy to more than 80,000 Honduran families, and reducing the emission into the atmosphere of 40,000 tons of CO2 annually.

The project has been supported by private investments from Mexico and Honduras, as well as finance from the International Finance Corporation (IFC), the Mexican bank Bancomext, and the German development agency DEG.

Developed by Mexican Gauss, Aura II covers an area of 145 hectares and has more than 200,000 followers photovoltaic modules installed on 1 axis. The PV Solar Plant employs more than 700 people at peak production.

The energy produced by the PV Solar Plant will be delivered to ENEE through its interconnection with the substation of Santa Lucia. The agreement of purchase/sale of energy is valid for 20 years.

Isolux Corsan has accumulated a total of 629 MW of installed power and in construction of PV Solar Plants.