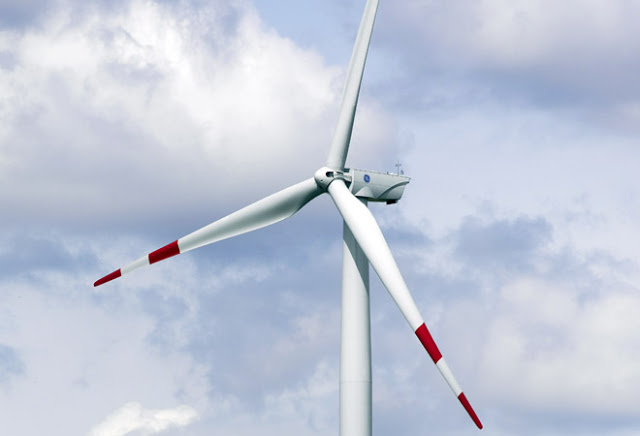 GE (NYSE: GE) today announced its 2.75-120 wind turbines will be used in a new wind farm project near Crosey Le Grand, in the Franche Comté region of France. Developed by Opale Energies Naturelles on behalf of Velocita Energies, the installation will contribute to the region’s objective of harnessing 600 megawatts (MW) of wind power by 2020.

“Opale and Velocita have always tried to foster local development during projects,” said Andrew Lee, CEO of Velocita. “We try to ensure that communities are benefitting from our projects. GE’s wind turbines will help us generate more energy in this area, bringing more efficient power to the people who need it.”

GE will supply the site with five 2.75-120 wind turbines along with a full service agreement. The 13.75-MW project will be the first in France to use the 2.75-120 model, a unit that will allow developers to enter low-wind regions.

“As one of the largest employers in the Franche Comté region, GE is proud to collaborate with developers like Velocita to help France meet its renewable energy goals,” said Anne McEntee, president and CEO of GE’s renewable energy business. “The 2.75-120 model is a great example of our continued investment in technology. Over the last few years, we’ve worked tirelessly on turbine innovation to help open more low-wind speed areas to wind energy.”

The Monts du Lomont project is the first time GE and Velocita Energies have worked together to implement a renewable energy solution. Shipment of the wind turbines will occur in the third quarter of 2015 with commercial operation expected to begin in late 2015.

Velocita Energy Developments Ltd. was established in 2011 to finance the development, construction, ownership and operation of utility-scale renewable energy projects in several countries in Europe. It currently operates in the U.K. and France with a total portfolio under active development of over 1,200 MW.

Velocita Energies is Velocita’s arm in France. Partnering with Opale Energies Naturelles, it develops a portfolio of more than 20 onshore wind projects totalling circa 750 MW. Monts du Lomont is the pathfinder of a first batch amounting to circa 350 MW, which is in the final phase of development.