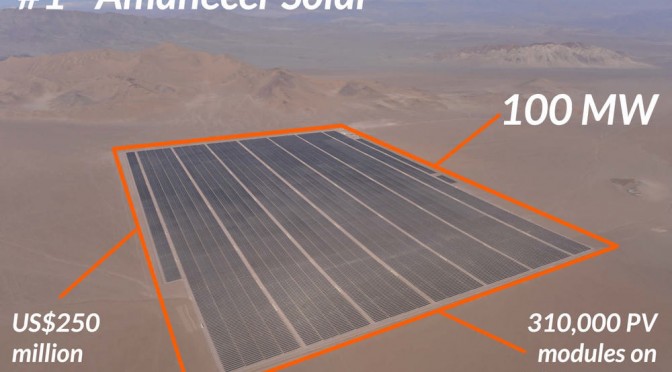 Latin America is the global frontier for unsubsidized solar markets. With high insolation levels and growing demand, it is positioned to be one of the most attractive regions on the planet for solar development. Eyeing the region’s potential, GTM Research introduced the Latin America PV Playbook, the industry’s most in-depth analysis of the budding market. 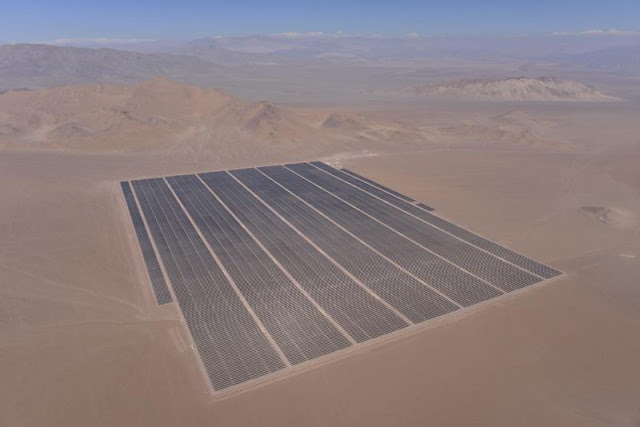 According to the latest edition of the Playbook, 363 MW of utility-scale PV came online across Latin America in Q2 2015, setting a record for the region.

Honduras, Chile and Brazil are leading the PV market. Honduras brought seven PV projects on-line and accounted for 307 MW of Latin America’s historic quarter. This was largely driven by the nation’s bonus tariff of 10 percent over the marginal grid cost for projects connected by the end of July.

With 29 MW, Latin America’s usually dominant Chile was the second-ranked market. Panama connected its largest plant to date and rounded out the top-three list with 12 MW; Brazil followed with 11 MW. The report notes that Venezuela and Antigua both connected their first utility-scale PV plants.

Other highlights from this quarter: