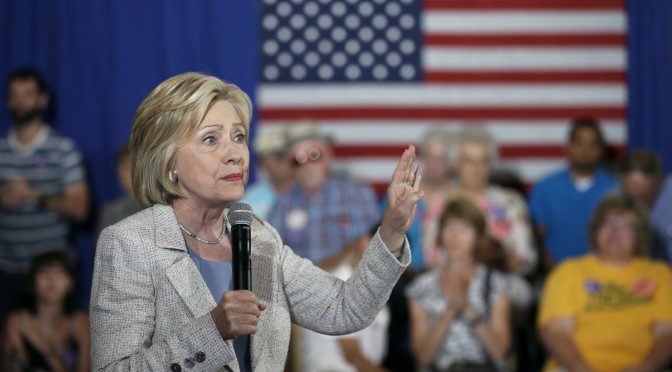 Democratic presidential candidate Hillary Clinton called on Sunday for a dramatic national shift to energy sources such as solar and wind, setting a goal of generating enough clean renewable energy to power every U.S. home within her first decade in office. 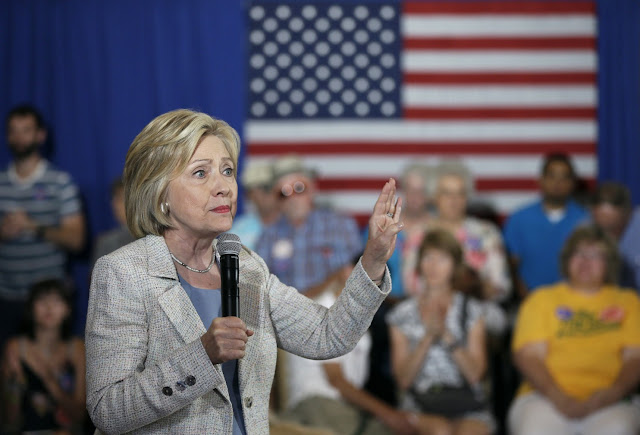 Clinton, the front-runner for her party’s 2016 presidential nomination, also pledged to have more than half a billion solar panels installed nationwide within four years of taking office.

“I want more wind, more solar, more advanced biofuels, more energy efficiency,” Clinton said at a rally on Sunday in Ames, Iowa. “And I’ve got to tell you, people who argue against this are just not paying attention.”

The two goals, announced in a video on Sunday night, were the first elements of what Clinton said would be a comprehensive climate-change agenda to be released over the next few months.

Clinton’s goals served as a response to Democratic presidential rival Senator Bernie Sanders, a self-styled socialist who has called for swift action on climate change, and to environmental activists anxious to see Clinton spell out details of a climate plan.

Her campaign said the goals would lead to a 700 percent increase in the nation’s installed solar capacity from current levels, and eventually could generate at least one third of all electricity from renewable sources.

Clinton’s plans also call for extending federal clean energy tax incentives and making them more cost effective. In Ames, Clinton said she would continue the wind production tax credit and recalibrate other tax incentives that are “too heavily weighted … toward fossil fuels.”

Clinton will discuss the proposals on Monday at an energy-efficient transit station in Iowa, the state that kicks off the 2016 presidential nominating race in barely six months and is a leading wind energy producer.

She criticized Republicans who are reluctant to say climate change is a man-made phenomenon.

“They will answer any question about climate change by saying: ‘I’m not a scientist.’ Well, I’m not a scientist either. I’m just a grandmother with two eyes and a brain and I know we’re facing a huge problem,” Clinton said.

The tycoon had a much- publicised run-in with former First Minister Alex Salmond over the politician’s stance on green energy.

But now it has been revealed the American holds thousands of shares in one of the world’s biggest wind power producers.

The details were revealed in papers which 69-year-old Mr Trump had to submit as part of his efforts to become the next president of the USA.

It showed he owns shares in Florida-based Nextera Energy, which describes itself as “No.1 in North America in renewable energy from the wind and sun”.

At the opening of his latest golf course, Trump Turnberry in Ayrshire, Mr Trump continued his tirade against wind farms, declaring: “I have not spoken to Alex Salmond in years but I think it is a terrible thing he has done to Scotland.

“He has destroyed some of the great beauty of the world. Scotland is known for its landscape and I fly over Scotland and I see these windmills that are killing the birds.

Yesterday, a spokesman for Mr Trump denied any claims of hypocrisy.

“These types of investments and the specific stocks chosen by Deutsche are done without Mr Trump’s knowledge or involvement.”

It is estimated Mr Trump, who also recently launched a golf and hotel complex in Aberdeenshire, is worth around £6.5billion.

Mr Trump was in the headlines last week after comments made on Mexican immigrants in the US sparked a fierce debate.

He claimed many of them were involved in crime and that a huge wall should be built along the Mexican-US border to keep them out.

Some political observers in the USA claimed the energy company revelations could force the billionaire to quit the race for the White House but he dismissed this, claiming his honesty showed he had what it takes to become president.

Commenting on Mr Trump’s shares declaration, Scottish Green Party co-convener Patrick Harvie said: “I am not at all surprised.”