In a precedent-setting decision, the 10th Circuit Court of Appeals upheld the constitutionality of Colorado’s renewable portfolio standard (RPS) yesterday, ruling that the state’s RPS does not impose unlawful regulations on out-of-state companies. 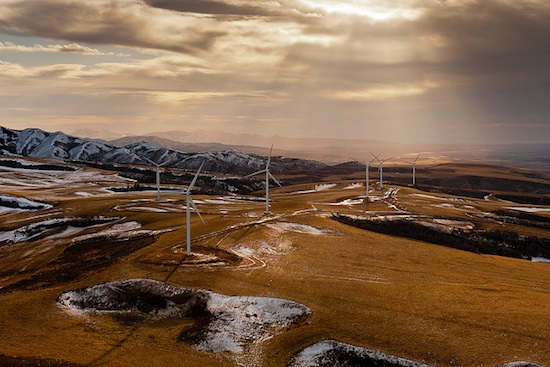 In their written opinion, the judges determined that Colorado’s RPS would not harm interstate commerce.

Current state law requires electric generators to ensure that a percentage of the electricity they sell to Colorado consumers comes from renewable sources. That prompted the Energy and Environment Legal Institute (EELI), which has longtime ties to the coal industry, to file suit in federal court – arguing that out-of-state companies were unfairly and adversely impacted.

The Solar Energy Industries Association (SEIA) and the Interwest Energy Alliance (a regional partner of the American Wind Energy Association (AWEA)) were two of several organizations to intervene on behalf of the Colorado Public Utilities Commission and in support of the state’s RPS.

“Because electricity can go anywhere on the grid and come from anywhere on the grid, and because Colorado is a net importer of electricity, Colorado’s renewable energy mandate became a ‘target’ for people and groups hoping to freeze or rollback RPS programs – not only in Colorado, but also in other states around the nation,” said SEIA President CEO Rhone Resch.  “By ruling on the substance of the issue, we believe today’s 10th Circuit Court of Appeals decision sends a clear signal that renewable energy standards are, in fact, legal under the Constitution’s dormant commerce clause.  We applaud the court for its clear guidance.”

“This is a landmark day. This ruling affirms the ability of states to choose their own energy future as part of a national framework and interstate commerce,” said Tom Kiernan, CEO of AWEA. “The nation’s 29 renewable energy standards continue to play a key role in diversifying the country’s electricity portfolio’s in order to advance key public policy interests – including protecting consumers against fuel-price risk, improving overall system reliability and creating significant clean air and water benefits such as reducing carbon pollution and conserving fresh water.”

In Colorado, renewable energy leader Interwest Energy Alliance was quick to praise the court’s decision to uphold the law.

Interwest’s outside counsel – John Putnam of Kaplan Kirsch & Rockwell – briefed and argued the case in front of the Tenth Circuit panel with Will Allen of the Colorado Attorney General’s Office, Neil Levine for SEIA, Michael Freeman and Michael Hiatt of Earthjustice and Erin Overturf of Western Resource Advocates.

“The Tenth Circuit was very clear that Colorado’s renewable energy standard is fully consistent with the Constitution,” said John Putnam, an attorney from Kaplan Kirsch & Rockwell who argued the case on behalf of Interwest Energy Alliance. “States have the power under our Constitution to develop renewable standards that benefit the economy and environment.”

Colorado was the first state in the U.S. to adopt a renewable energy standard by a popular vote of its citizens. The law has widely benefited the state as wind power supports up to 7,000 well-paying jobs, including manufacturing jobs at 22 facilities around the state and wind has attracted $7.8 billion in capital investment to the state’s economy.

The country’s 29 RPSs have created similar success stories across the U.S. by helping to diversify state energy portfolios that directly save consumers money and provide reliable service, as well as rural economic development, water conservation, and pollution reduction benefits.

For example, Hawaii, California, Nevada, Colorado, Minnesota, Connecticut, and Oregon all have effective RPS requirements of 25 percent or greater. New wind farms in these states have attracted over $30 billion in private investment, created over 12,000 jobs there, and are now paying farmers, ranchers, and other landowners over $45 million a year to lease sites for turbines.  Solar Industry growth in those seven states has led to more than 72,000 jobs and over $13 billion invested in solar installations in 2014 alone.

The Texas renewable standard signed into law by then-Governor George W. Bush was increased in 2005 and met seven years ahead of schedule. Six states – California, Michigan, New York, Minnesota, Illinois and Vermont – are seriously debating an increase in their RPS this year.