The Suzlon Group on Wednesday said it has installed its 10,000th wind turbine generator during the first half of 2015. 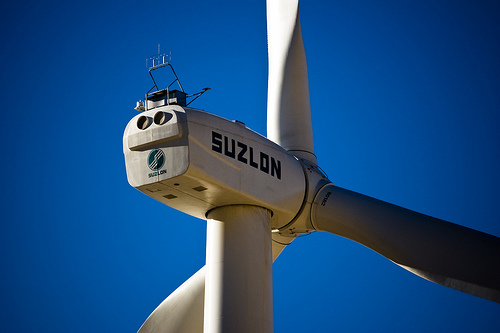 “Suzlon Group… announced a significant milestone achievement of installing its 10,000th WTG (wind turbine generator) during the first half of 2015,” the company said in a release.

“Suzlon has come a long way since its maiden turbine installation in Gujarat in 1995,” it added.

“This milestone reinforces the confidence our customers have in Suzlon and also in its products and project execution capabilities. We will continuously work at reducing the cost of energy by about 15 per cent by 2020 and heavily invest in R&D and innovation,” Tulsi Tanti, Chairman, Suzlon Group said in the statement.

He added that the group is confident that wind energy will play a pivotal role in changing the global energy landscape and Suzlon is best positioned to tap this growing opportunity for a greener tomorrow.