Renewable Energy Systems (“RES”), together with GE (NYSE: GE) and Downer (ASX: DOW), today announced a major contract for the supply of 75 wind turbines to the 240MW Ararat Wind Farm in south-west Victoria.  In what will be the third largest wind farm in Australia, the $450 million project will be financed by shareholders Partners Group, RES, OPTrust and GE. 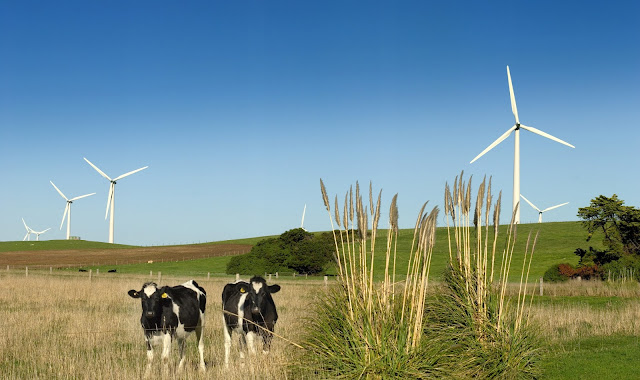 This deal represents the first major contract to be signed following restored bipartisan support for the Renewable Energy Target (RET), mandating 33,000-gigawatt hours of producing capacity by 2020, and signals the return of investment to Australia’s renewable energy sector.

The project also benefits from a power purchase agreement with the Australian Capital Territory Government (ACT), guaranteeing the purchase of approximately 40 per cent of the energy produced at the site which was awarded under the ACT’s Wind Auction announcement in February 2015.

The Ararat wind farm will have a life span of 25 years and will generate enough electricity to power the equivalent of around 123,000 homes per annum, or approximately 6 per cent of Victoria’s households. RES will manage the development, construction and commissioning of the project, and once complete, GE will provide ongoing operations and maintenance under a ten-year service agreement.

Geoff Culbert, President & CEO, GE Australia, New Zealand and PNG, said the recent agreement around the RET has been the driving force, creating certainty and enabling the equity partners to make firm decisions around long term investment opportunities in Australia.

“With certainty comes investment – that’s our experience overseas and that’s what we’ll see here in Australia now that the RET is fully resolved.  I congratulate both the Coalition and the ALP on restoring the policy certainty needed to enable investment and job creation. This decision has immediately unlocked half a billion dollars of direct foreign investment into Australia,” said Culbert.

“The wind farm will have significant local impact. It will employ around 165 workers directly in the construction phase, another 120 indirectly, and is expected to inject at least $7 million – $8 million into the local economy around Ararat over two years. The project will also establish a local community fund which will inject over $2 million in support of good causes over its lifetime.”

Matt Rebbeck, Chief Operating Officer for Australia at RES, said that the project represents a major development for the Ararat region.

“After many years of work from a dedicated team, RES is proud to deliver the Ararat Wind Farm. It is a world class project and one of the largest in Australia. The project will provide significant benefits to the local community through the creation of jobs and funding initiatives to support good causes in the region.

“RES would like to thank the local community for its support throughout the project’s development. Also we would like to thank the ACT Government for its foresight in establishing innovative policies that are delivering low cost clean energy projects. The Ararat Wind Farm will also be partnering with ACT researchers and institutions on projects that will potentially have global applications and support the ACT as a positive place for renewable energy companies to invest plus a positive model for other states to follow in unlocking the potential of clean energy projects in Australia.”

Benjamin Haan, Managing Director and Head of Private Infrastructure, Asia-Pacific, Partners Group, said that the project will have a considerable impact on the future of renewable energy in Australia.

“The Ararat Wind Farm is a well-structured project with high-quality counterparties and a strong wind resource.  The timing of our investment aligns with increased certainty around Australia’s Renewable Energy Target, which will require a substantial build-out of renewables in the coming years.  The wind farm will make a great contribution not only to the local community in Ararat, in the form of employment, education and investment, but also to the future of renewable energy in Australia.”

Stan Kolenc, Managing Director, OPTrust said: “OPTrust has considerable interest and experience in the renewable energy sector, in Australia and abroad.  And as a Canadian pension fund, we have dedicated staff in Australia because we believe the country, and region, provides compelling investment opportunities. We are excited to participate in this project, working alongside trusted partners, to expand renewable energy production in Australia.”

“We commend Parliament for reinforcing the regulatory stability that underpins this industry and look forward to starting construction.”

Construction of the Ararat Wind Farm is expected to span two years, with power delivered to the grid from April 2017.

RES (Renewable Energy Systems Ltd) is one of the world’s leading independent renewable energy companies.  At the forefront of renewable energy development for over 30 years, RES has developed and/or built more than 9,000MW of renewable energy capacity worldwide.  RES core activities are onshore wind, offshore wind and solar, and technologies that will be enablers to a low carbon future – Energy Storage, Demand Side Management and Transmission. RES is headquartered in the United Kingdom and operates across the globe, including from Sydney, Australia.