Japan is drafting rules to recycle solar photovoltaic modules. The country foresees vast growth in solar deployment under its feed-in tariff (FiT) system; and by 2040 most modules installed at the beginning of the FiT regime in 2012 will be decommissioned. 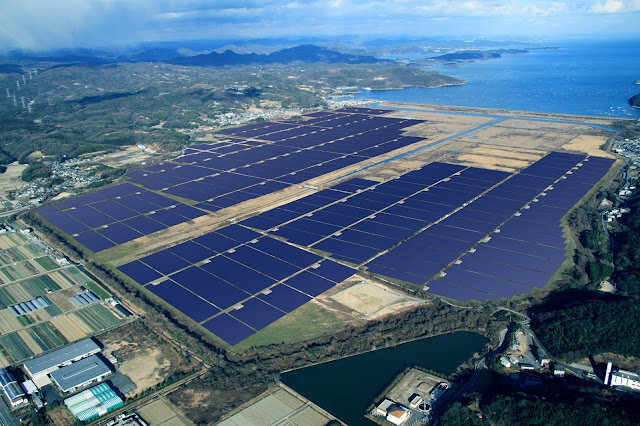 Going by estimates provided by a working group that Japan’s ministry of environment convened, landfills across the country could be filled with close to 800,000 tons of trashed photovoltaic modules by 2040.

The estimate shows that in another five years, the quantity of photovoltaic waste would grow to 3,000 tons and another decade down the line it would bulge to 30,000 tons.

Under the circumstances, the ministry plans to begin implementation of measures for “removal, transportation and processing of solar power generation equipment” before March next.

The measures will be taken in conjunction with the Ministry of Trade, Economy and Industry (METI) and industry organisations, a report by PV tech says.

Economics of reclaiming the wastes and environmental costs are the biggest concerns surrounding the dumping of photovoltaic wastes in landfills.

According to the study group, removing photovoltaic waste from landfills would cost more than the economic benefits the panels delivered during their lifetime. The group added that an efficient recycling system offers both economic and environmental benefits.

Glass is the chief component — 70 percent of weight — of a panel. But the more valuable components such as silver and copper can be salvaged from the panels through processes such as smelting.

Two metal components of concern contained in a panel are lead and selenium. Both are more common in thin film solar panels. They are hazardous to the environment.

The study group suggested that domestic manufacturers should be encouraged to find more environment-friendly manufacturing processes that employ less lead or selenium.

At present, Japanese firms are required to treat used or damaged panels as industrial waste. However, they are not compelled to account for more than 5 percent of the panel’s waste.