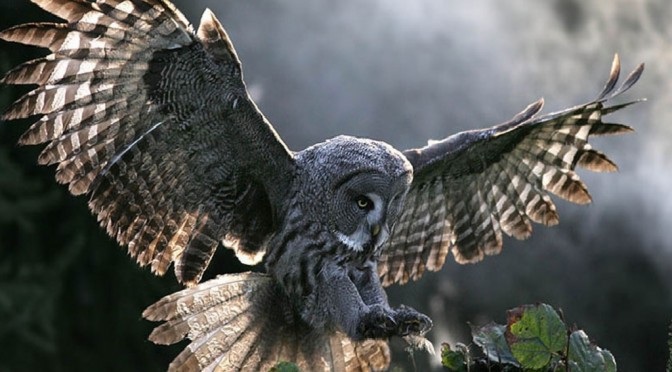 Scientists have taken inspiration from the flight of owls to develop “quieter” wind turbines and planes. 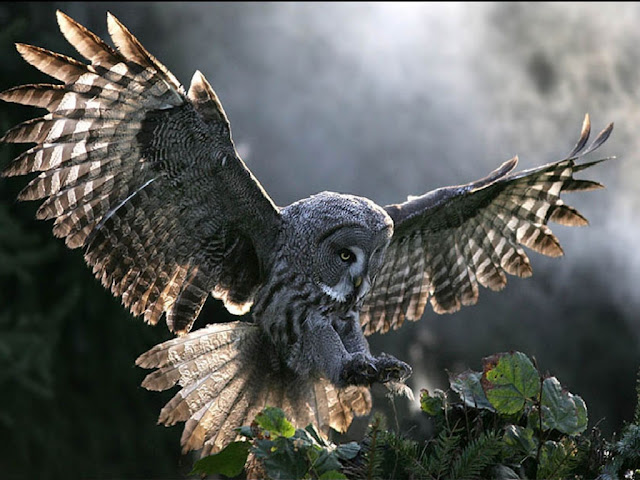 Early tests of a prototype coating for fan blades, which mimics the intricate structure of an owl’s wing, have demonstrated that it could significantly reduce the amount of noise produced by wind turbines and other types of fan blades, such as those in computers or planes.

The addition of this new surface would mean that wind turbines could be run at much higher speeds – producing more energy while making less noise. For an average-sized wind farm, this could mean several additional megawatts worth of electricity.

University of Cambridge Professor and lead researcher Nigel Peake along with his collaborators at Virginia Tech, Lehigh and Florida Atlantic Universities used high resolution microscopy to examine owl feathers in fine detail. They observed that the flight feathers on an owl’s wing have a downy covering, which resembles a forest canopy when viewed from above. In addition to this fluffy canopy, owl wings also have a flexible comb of evenly-spaced bristles along their leading edge, and a porous and elastic fringe on the trailing edge.

Peake said that the structure of an owl’s wing serves to reduce noise by smoothing the passage of air as it passes over the wing – scattering the sound so their prey can’t hear them coming.

In order to replicate the structure, the researchers included covering a blade with material similar to that used for wedding veils, which despite its open structure, reduced the roughness of the underlying surface, lowering surface noise by as much as 30dB.

As the “wedding veil” was not suitable to apply to a wind turbine or aeroplane, using a similar design, the researchers then developed a prototype material made of 3D-printed plastic and tested it on a full-sized segment of a wind turbine blade.

In wind tunnel tests, the treatment reduced the noise generated by a wind turbine blade by 10dB, without any appreciable impact on aerodynamics.