China will remain the world’s largest market for annual solar Photovoltaic (PV) installations with slightly over 17.6 Gigawatts (GW) in 2015, an increase of approximately 7 GW on the previous year, according to research and consulting firm GlobalData. 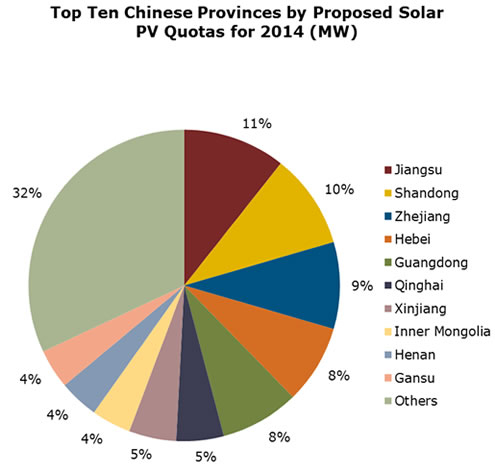 The company’s report states that China will command the single largest share of a global market that is expected to near 43.8 GW by the end of 2015, up from approximately 36.4 GW in 2014.

Ankit Mathur, GlobalData’s Practice Head for Power, says China’s cumulative installed PV capacity reached just under 28.1 GW by the end of 2014, of which 10.6 GW was installed that year.

Mathur comments: “For 2015, the country had previously set a target of making 15 GW of solar PV additions, comprising 7 GW of distributed generation and 8 GW of ground-mounted capacity.

“However, China has revised its annual target to 17.8 GW and is well on track to achieve this goal, given that about 5 GW of solar capacity was installed in Q1. These additions will allow the country to retain its world-leading status for annual solar PV additions.”

GlobalData’s report also states that the US is likely to become the second largest market in 2015. Japan will slip to third, with the country expected to see a decrease in its annual solar PV installations following two years of impressive growth.

Mathur continues: “In the US, annual installations are expected to remain high during 2015 and 2016 owing to tax incentives for power stations that come online before the end of 2016. Solar additions in 2015 are expected to hit 7-8 GW, largely due to continued policy support.

Completing the top five markets will be Germany, which will increase solar PV installations by 2 GW in 2015, and India, which will add between 1.5-2 GW, according to GlobalData.